In cherry season, I love eating lots of cherries. This cherry vegan pudding is so easy to make and is raw so no cooking. Puddings are usually full of refined white sugar and made with cow’s milk which does not work for us who are lactose intolerant.

It is great for a hot summer day. The best part of this pudding is that it is delicious and filled with superfood nutrients. 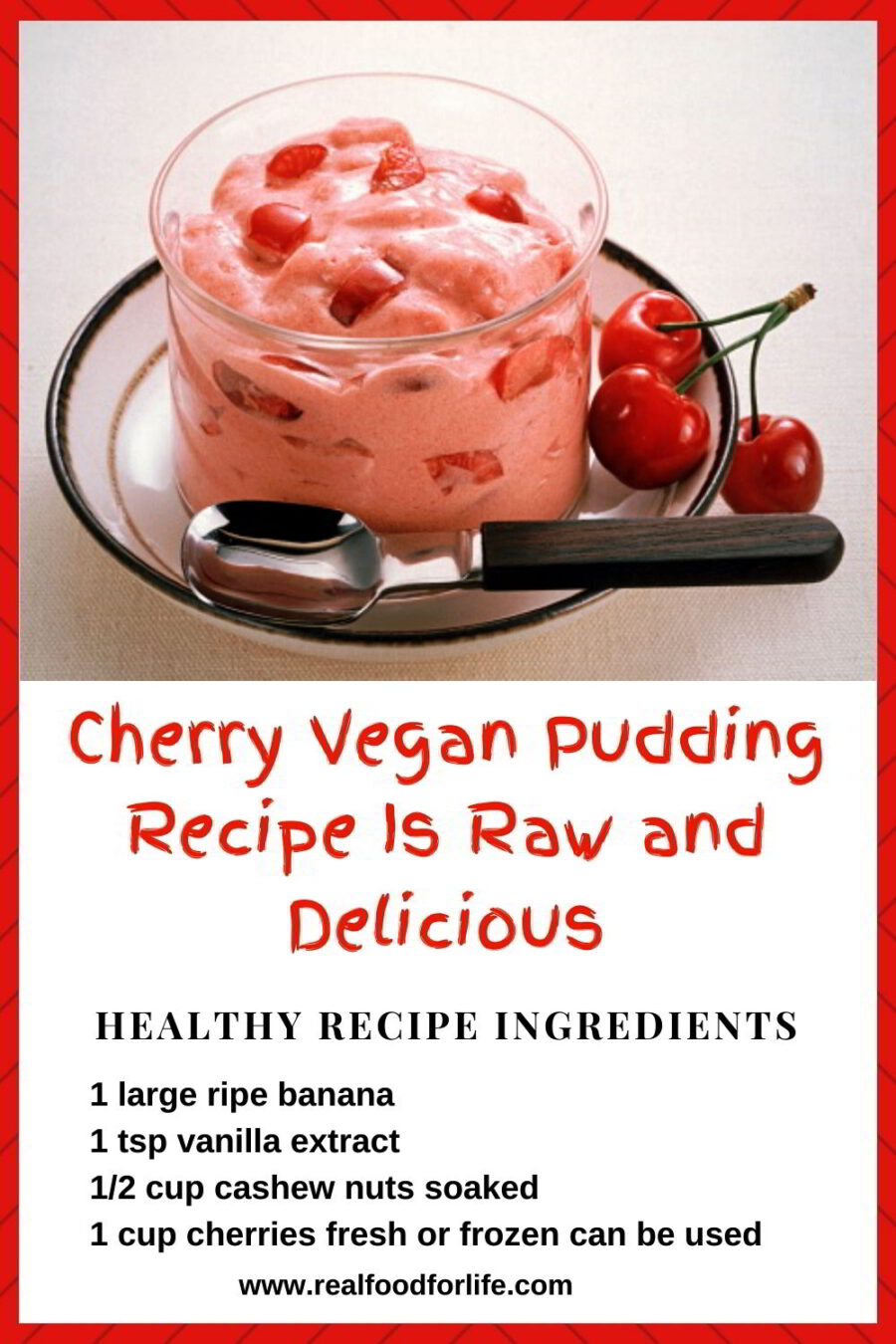 Cherries are the main ingredient in this ‘Cherry Vegan Pudding’.  They are more than just their amazing taste. They’re packed with antioxidants and offer many health benefits, including help with insomnia, joint pain, and belly fat. Cherries could be just what the doctor ordered. Learn the 11 Health Benefits of the Beautiful Cherry

Bananas are healthy for you and that’s a good thing since they are the most popular fruit in North America. Everyone loves bananas. There are more songs, jokes, and silliness with this food than with any other plant on earth.  They add a nice silky texture to this cherry vegan pudding as well as extra sweetness.

Cashews are delightfully sweet and creamy nuts that are crunchy and full of health benefits! All over the world, these delicious exotic nuts are found in many cuisines as they add flavour and texture. When they are soaked and blended they add that creaminess that is in this cherry vegan pudding.

This cherry vegan pudding is so easy to make and is raw so no cooking. It is great for a hot summer day. The best part of this pudding is that it is delicious and filled with nutrients.When you eat cherries, you enjoy much more than just their amazing taste. They’re packed with antioxidants and offer many health benefits, including help with insomnia, joint pain, and belly fat. Cherries could be just what the doctor ordered. Learn the 11 Health Benefits of the Beautiful Cherry
Course Dessert
Cuisine gluten-free, vegan, vegetarian
Keyword cherry, Gluten-free, pudding, Vegan, vegetarian
Author Diana Herrington 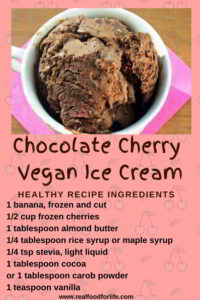 Cherry Pecan Dark Chocolate Bar: This is totally decadent chocolate that everyone loves that I gave samples to.  This is just one of the recipes from the Chocolate Project where I carefully teach you how to make all the healthy chocolate you would ever want.

Chia Pudding with Wild Blueberries is Vegan Keto and Yummy – This is a super easy creamy vegan chia pudding with wild blueberries. It is paleo and keto friendly too. The use of chia seeds makes if very filling and nutritious.
You can use frozen blueberries. Talk about a fast way to prepare pudding; it took me only 5 minutes to prepare.

Raw Carob Pudding – I was inspired to make this for my friend Edward; he eats 100% raw food and loves carob. The first try I made was good but not as good as I knew it could be so this second try is delicious.

More Pudding Recipes for You

Easy to Make Yummy  Millet Pecan Pudding (Vegan and Sugar-free) – Once you have cooked the millet, this Millet Pecan Pudding is very simple to make. It is for sure tasty and so healthy without sugar so you can have it for breakfast. And it has no milk or eggs which makes it a great vegan dessert. Also, what I like is that there is no sugar added. The raisins add some sweetness and then the healthy stevia does the rest making it sweet and yummy.

Delicious Carob Banana Pudding – This carob banana pudding is so simple and fast to make. It is a delicious dessert.

Indian Pudding is Traditional, Vegan and So Yummy – This traditional Indian pudding is an old favourite of mine that I make vegan. Indian pudding is not the most beautiful of desserts but it is for sure tasty. Some people like to call it Native Indian but it seems like Indian pudding is the name for it still all over the internet. Cornmeal is the main ingredient in this pudding. It is a delicious gluten-free grain that has been around for centuries.

Luxurious Brown Rice Pudding – This brown rice pudding and the creamy sauce that goes with it, is sugar-free, dairy-free, and egg-free and it tastes great! It is a favorite dessert of mine that has gone through many changes throughout the years. I often do not even bake it; just cook it on top of the stove in a pot until it is the consistency I like.

Prune Fruit Pudding with Custard – This prune fruit pudding made with the fruit compote is so delicious. What makes this pudding so special is being topped with the vegan custard. Also, what I really like about it is that there is no sugar added.

9 thoughts on “Cherry Vegan Pudding Is Healthy, Delicious and An Easy Recipe To Make”