A big piece of watermelon is a delicious and refreshing treat on a hot day and you will get all the watermelon health benefits.  I love watermelon and can easily eat a quarter of one in one sitting!

Yes, watermelon is 92% water but that other 8% is filled with good nutrition and amazing health benefits; so many benefits that we consider it a very healthy superfood.  Watermelon health benefits range from reducing cancer to having a viagra effect.

1.  Watermelon may help reduce cancer risk.  Watermelon is the lycopene leader of fresh fruits and vegetables. The lycopene king tomato has been replaced with deep red varieties of watermelon.  The red pigment is also found in tomatoes, watermelon, apricots, pink grapefruit, and papaya and is an important antioxidant.  It has been found to be helpful in reducing the risk of prostate, breast, and endometrial cancers, as well as lung and colon cancer according to research.  Lycopene’s ability to neutralize singlet oxygen radicals was better than the antioxidant abilities of beta-carotene and vitamin E.  – From Archives of Biochemistry and Biophysics in 1989.

2. Watermelon is a natural diuretic and was a homeopathic treatment for kidney patients before dialysis became widespread. Now wouldn’t that be better? 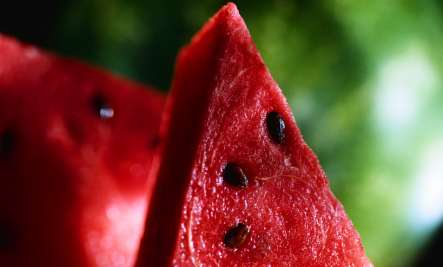 3. Watermelon may have Viagra-like effect: they contain citrulline which can trigger the production of a compound in the body that helps relax the body’s blood vessels, in a way similar to what happens when a man takes Viagra according to scientists in Texas.

4. Watermelon is alkaline-forming in the body.  Find out the health benefits to an Alkaline body here:  Balance Your Body

5. Helps muscle and nerve function, being a very good source of potassium. Can ease inflammation that contributes to conditions like asthma, atherosclerosis, diabetes, colon cancer, and arthritis.

6. Watermelon is a certified heart-healthy food by the American Heart Association.

This is what the Mayo Clinic says:

Answer: Diabetics SHOULD eat fresh fruit. And “You’d have to eat a lot of watermelon to significantly raise your blood glucose level.”

Learn more at the Mayo Clinic.

“When one has tasted watermelon, he knows what angels eat.” Mark Twain

I am thrilled to know all the benefits of this favourite summer fruit of mine.  Watermelon is often all I have for breakfast and it always amazes me that I feel full for hours afterward.

It is also true that watermelon is high in sugar with 10 grams per 1 cup of watermelon but think about it.  What is a better choice a candy bar or a piece of watermelon with all its nutrition and watermelon health benefits?

I think watermelon is so useful at cleansing and alkalizing the body that I have created an online course:  Check it out!  2-5-30 Summer Detox Special 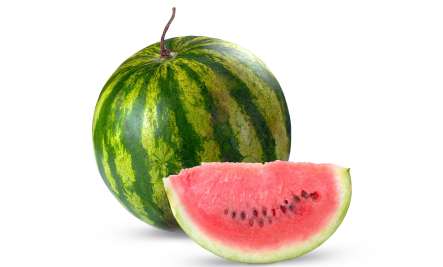 Is it a fruit or a vegetable?

Did you know that some consider Watermelon a vegetable?  It is related to the squash and pumpkin family and is grown as a vegetable crop, using vegetable production systems.

“Watermelon is the fruit of a plant originally from a vine of southern Africa. Like the pepper, tomato and pumpkin, it is the ripened ovary of a seed plant and its contents, which, botanically speaking, make it fruit.” Calgary Herald

In China, watermelon is stir-fried, stewed and often pickled and used as a vegetable.

Well, whatever! It is a fruit as far as I am concerned.

So let’s have a little watermelon fun.

Poetic Fun by Roylin Picou – Learn about the many watermelon benefits in a fun way here by Real Food For Life’s designated comic and poet, Roylin Picou. Promise, you will enjoy his sense of humor. How to Pick a Good Watermelon

In this video below, Diana gives a quick demonstration of how to pick and cut a watermelon.

We now have our watermelon, so now what? Tips for Preparing and Storing Watermelon Did you know that Watermelon Rind Is Good For You Too – We usually throw out the hard green rind of the juicy watermelon, but did you know that the watermelon rind has many nutritional and remedy benefits? This wasted food can do good things for your body.  Also, using it will cut down on your garbage helping the environment.

My Own Watermelon Story

When I was disabled for ten years with a digestive system that was only partly functioning and could eat only 12 foods, watermelon was a lifesaver for me.  I would eat half of a very big watermelon every day.  I am very thankful for watermelons for helping me on my journey back to health.

Watermelon Recipes for You

How to Make Watermelon Popsicles Recipe – These wonderful treats are very simple to make and there is no sugar added. These popsicles are actually good for all. Get your children or grandchildren to help you.

Watermelon Juice – This is a very simple juice to make and excellent on a hot day. It is much healthier for you than a soft drink. If you need to alkalize quickly then here is a recipe using the second most alkaline-forming food. This is one very easy and refreshing juice made with watermelon.

Watermelon Soup – A bowl of cold watermelon soup is refreshing and is a very simple soup for one of those ‘hot’ days. And you are adding a nutritious superfood. 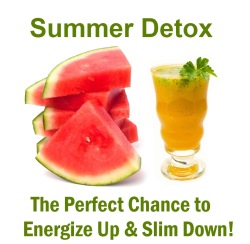 I think watermelon is so useful at cleansing and alkalizing the body that I have created on an online course:  2-5-30  Summer Detox Special With Watermelon 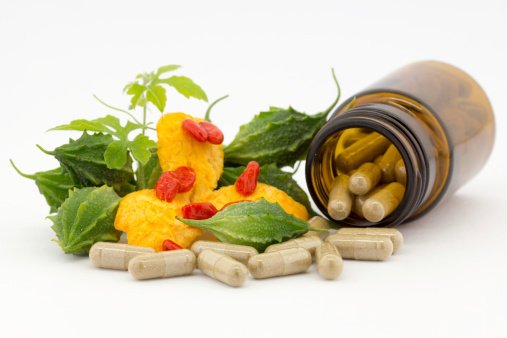 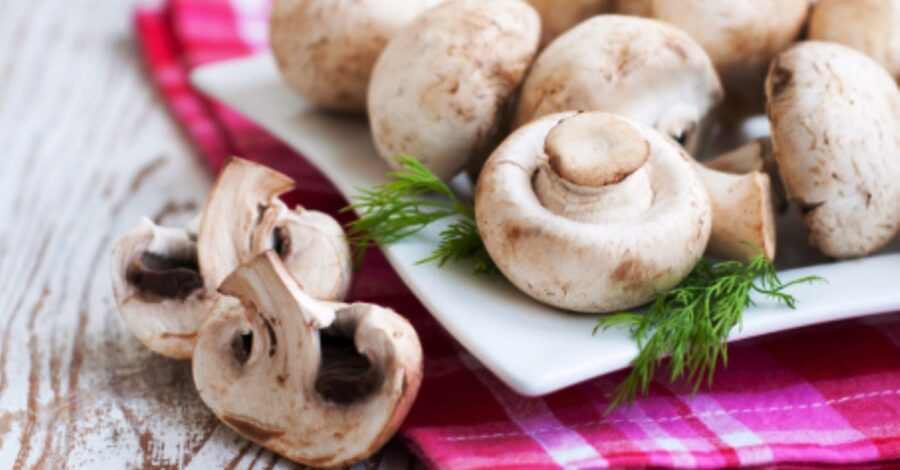 Mushrooms Are Tasty and Full of Amazing Health Benefits 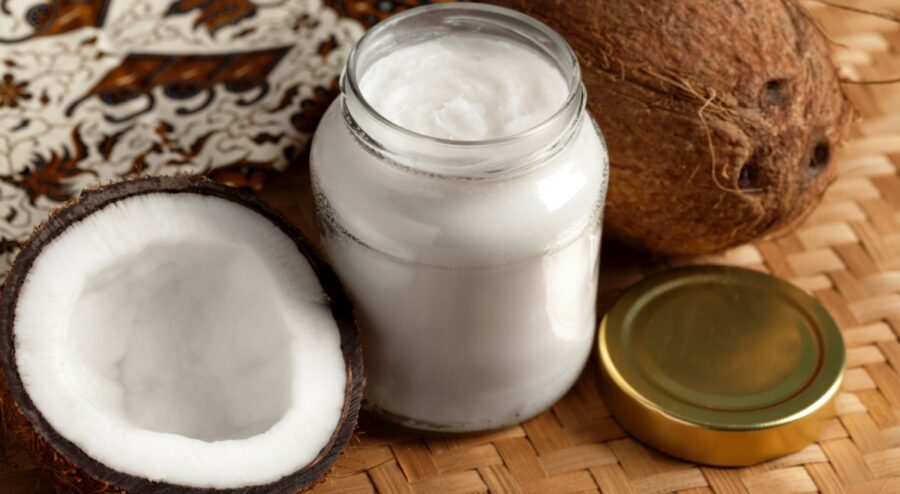 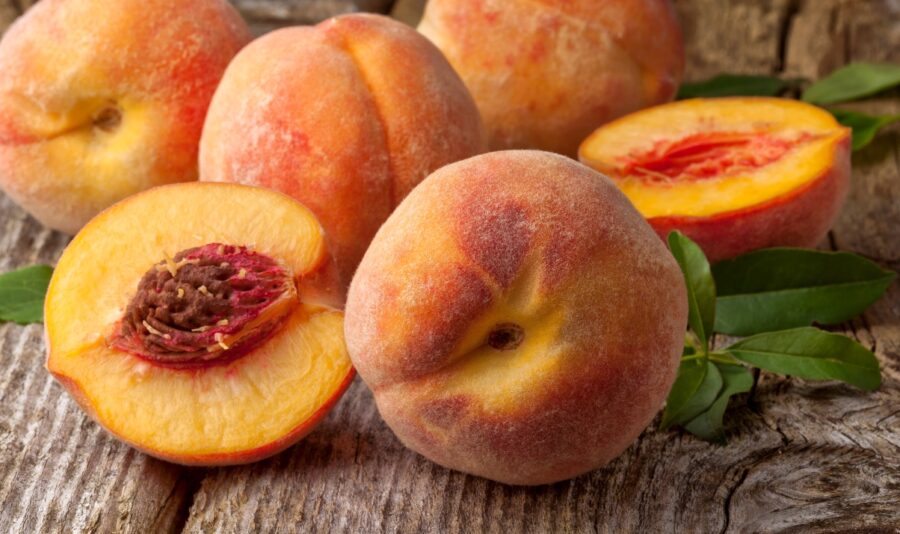 Juicy Peaches Are Amazingly Good For You