Most of us already know that our drinking water is filled with unregulated chemicals! Many of us always filter it before drinking it. I have for decades. 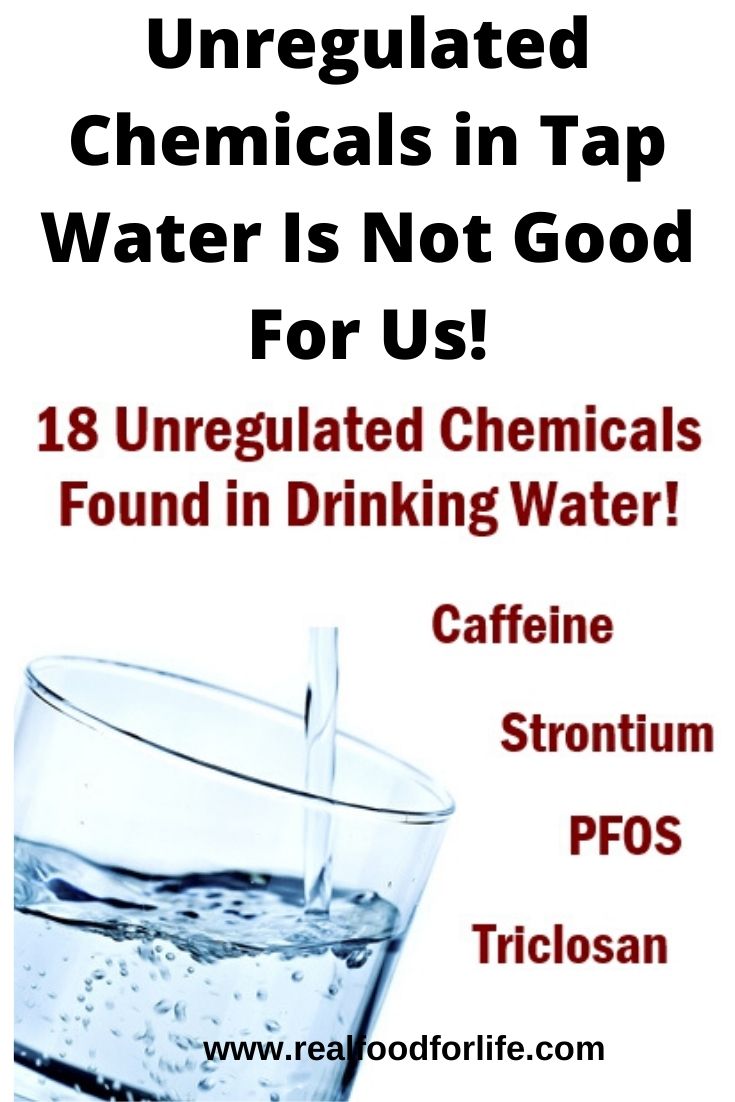 Federal scientists analyzed the water in 25 U.S. water facilities. In nine of the facilities, they found traces of 21 chemicals in the water.  Of those 21 there were 18 unregulated chemicals which included solvents, herbicides, caffeine, metal, and antidepressants in the water according to Scientific American.

The 21 contaminants detected were found to be mostly in low concentrations in treated drinking water from at least nine of the utilities. Eighteen of the chemicals are not regulated under the federal Safe Drinking Water Act thus utilities do not have to meet any limit or even monitor for them. 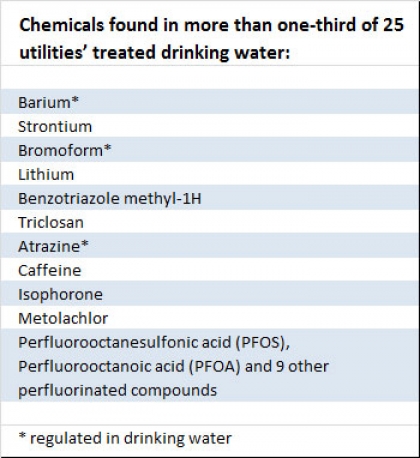 “The good news is the concentrations are generally pretty low, there’s still the unknown. Are there long-term consequences of low-level exposure to these chemicals?” said Dana Kolpin, research hydrologist with the USGS who participated in the study.

There is little known about the effect on human health for many of the contaminants, in low doses. But one contaminant, perfluorinated compounds (are used in food packaging to make an object oil, stain and water-resistant) known as PFOA has been linked to a variety of health problems.

The perfluorinated compounds found in drinking water have been found in the blood of nearly all people in the U S.  Scientists say there is a “probable link” between PFOA in drinking water and high cholesterol, ulcerative colitis, thyroid disease, testicular cancer, kidney cancer, and pregnancy-induced hypertension. (based on findings on people in Mid-Ohio Valley communities whose water was polluted with PFOA from a DuPont plant)

PFOS, another form of the perfluorinated compound was used in Scotchgard until 3M phased it out in 2002. It has been linked to attention disorders in children and thyroid disease in men.

When they attempted to remove the treatment of the perfluorinated compound techniques are largely unsuccessful. Only one plant was successful at removing them, and it used activated carbon treatment.

“Chlorination and other treatments technologies will remove some contaminants but will react with others. Some compounds may appear to be removed but may be transformed to a chemical we know even less about.” said Laurel Schaider, research associate, Harvard School of Public Health.

Unregulated Chemicals in Drinking Water Is Not Good

Do you want to be filling your body with these unregulated chemicals from tap water? I know that it was making me ill a long time ago and have always drank filtered water.

Filter the unregulated chemicals out of your drinking water

Here is the water filter I am using and am very happy with it. The only way to remove fluoride is to use a reverse osmosis system and some are better than others. When I did my research this is the one I decided on.

One of the problems with reverse osmosis is that it removes the minerals. To solve that what you need is to add a filter to remineralize the water. Here is the one I found.

iSpring FA15 10-inch Inline 3-Layer Alkaline Replacement Water Filter Cartridge with Mineral Balls, Calcite and Corosex
• Includes Mineral Stone and Calcite
• Improves the taste of RO water by adding minerals
• Raises pH by 0.5-0.8
• Can be added to any under-sink water filter or RO system
• Updated FA15 Alkaline Mineral Filters are built with a secure push-fit quick connection. It allows faster filter replacement. If you have trouble installing the filters, please refer to the user manual or contact the manufacturer.

We need to do our bit by Saving Water for the Environment – Past, Present & Hopefully the Future and cut down on polluting our earth, see what ‘WE’ have created: The Great Pacific Garbage Patch

What is happening to our water is not new.  Between 2004 and 2009 The Environmental Working Group conducted nearly 20 million drinking water tests by water suppliers nationwide.   They found hundreds of pollutants in U.S. tap water.  The problem is that the government has not set safety-based legal limits and many other chemicals were found in drinking water above government advisory health guidelines.

“Activated carbon, ozone, and ultraviolet treatments are generally better at removal than traditional chlorine treatment, but they are expensive. People resent having to pay anything for water. There’s the thought that there’s a God-given right to have as much as we want but, if you want the cleanest water, these techniques take money.” says EPA research chemist Susan Glassmeyer.

Is good water treatment really too expensive for our children growing up in this world?

Time to get unregulated chemicals out of your drinking water.

If you have a water cooler while you are cleaning your home, like washing carpets, cleaning vents, and emptying washer and dryer pumps. Don’t forget to clean the water cooler too, learn How to Clean a Water Cooler.

Keep our earth’s water cleaner: 8 Ways to be Greener

1 thought on “Unregulated Chemicals Found in Drinking Water Is Not Good For Us!”