(NaturalNews) Chemicals used to make nonstick (teflon) cookware and stain-resistant (scotchgard) fabrics are spreading around the world and turning up in surprising places, everywhere from wildlife and drinking water supplies to human blood. Now, a team of researchers including Kathleen Arcaro of the University of Massachusetts Amherst has found these suspected carcinogens in samples of human milk from nursing mothers in Massachusetts.

“Perfluorinated compounds, or PFCs, are found in human blood around the world, including the blood of newborns, but this is the first study in the United States to document their occurrence in human milk,” says Arcaro, a professor in the department of veterinary and animal sciences and a member of the environmental sciences program. “While nursing does not expose infants to a dose that exceeds recommended limits, breast milk should be considered as an additional source of PFCs when determining a child’s total exposure.”

The breast milk was collected as part of Arcaro’s larger, ongoing study examining the link between environmental exposures and breast cancer risk. Chemical analyses were conducted in the laboratory of Kuruntachalam Kannan at the New York State Department of Health. Results are scheduled for publication in Environmental Science and Technology. This research was supported by the Centers for Disease Control and Prevention and the National Institute of Environmental Health Sciences.

Milk samples were collected in 2004 from 45 nursing mothers in Massachusetts and analyzed for nine different PFCs.  Perfluorooctane-sulfonate (PFOS), used to make stain-resistant fabrics, was found in the highest concentration in breast milk, followed by perfluorooctanoic acid (PFOA), used in nonstick cookware. On average, each liter of milk, which is roughly equivalent to one quart, contained 131 billionths of a gram of PFOS and 44 billionths of a gram of PFOA. The amount of PFCs that nursing infants would consume each day did not exceed Total Daily Intake Values set by the U.K. Food Standards Agency Committee on Toxicology, which were based on a review of current toxicology studies.

Arcaro cautions that recommended intakes of PFCs based on Total Daily Intake values should be interpreted with caution, since there is no consensus on these values, which are derived from rodent studies. Mothers should also compare the risks of breast feeding with the benefits, which include better nutrition and immune system development and enhanced defense against infections in children.

Milk from mothers who were nursing for the first time was also studied to see how PFC concentrations changed over time. Total PFC concentrations and the concentration of PFOS increased during the first six months of nursing. “This may be related to increased food intake to meet the energy demands of nursing, and changes in food consumption patterns in nursing mothers,” says Arcaro. “In a Canadian study, diet was shown to contribute 61 percent of a person’s total daily intake of PFCs.”

Food sources of PFCs include grease-resistant packaging such as microwave popcorn bags and pizza boxes, as well as fish and other animals that contain these chemicals. Exposure can also come from personal care products including dental floss and shampoo.

PFCs are persistent chemicals that can linger in the environment and the human body for years without being broken down. Several studies have documented their presence in the blood of newborns collected immediately after birth, and in children between the ages of 2 and 12, who have blood levels similar to those found in adults.

These studies led the team to investigate breast feeding as a source of PFCs, information that will be needed to determine the sources and magnitude of exposure in infants and children and whether PFCs have an effect on birth outcomes in newborns

About the author:  Leslee Dru Browning is a 6th generation Medical Herbalist & Nutritionist from the ancestral line of Patty Bartlett Sessions; Pioneer Mid-Wife & Herbalist. Leslee practiced Medical Herbalism and Nutritional Healing for over 25 years and specialized in Cancer Wellness along with Chronic Illness. She now devotes her career to teaching people, through her writing, about Natural Healing from An Herbal Perspective. 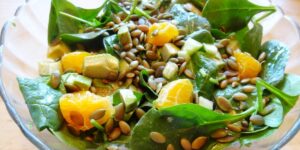 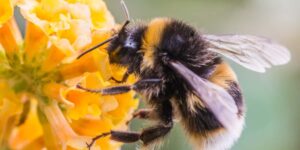 Bees Are Essential for Our Life Here on This Earth

Future Of Our Food Is It Safe? Learn With Infographics