Seaweed, the oldest plant on earth protects you from modern dangers. The radiation plume that drifted around the world from the Japanese quake disaster was not considered a serious health risk by authorities. This is good news, but many people still wanted extra protection.

The oldest plant on earth protects us from many modern dangers, including radiation poisoning, heart disease, inflammation, and cancer. 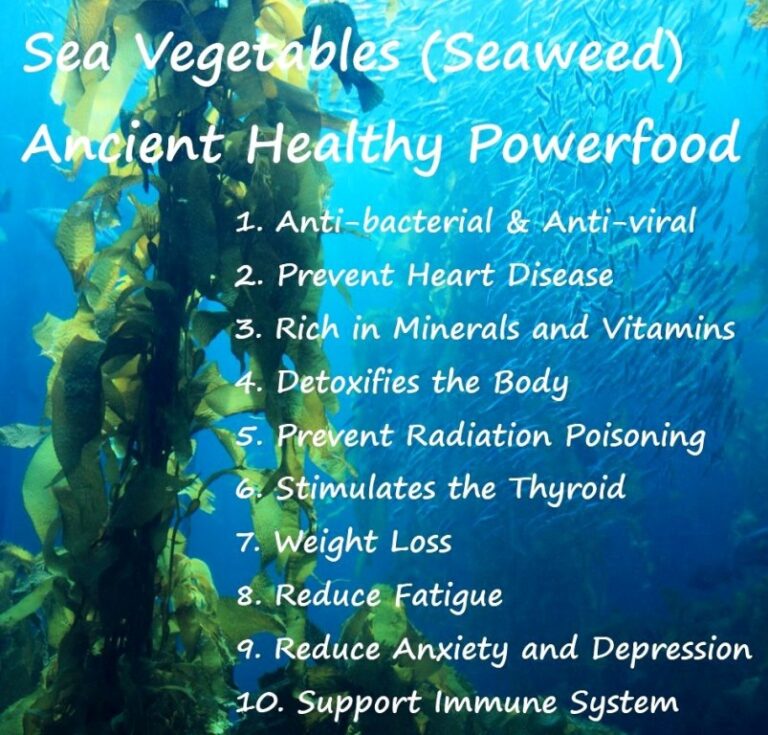 Why not use this situation to add an amazing superfood to your diet that not only helps prevent radiation poisoning but many other serious health problems as well. 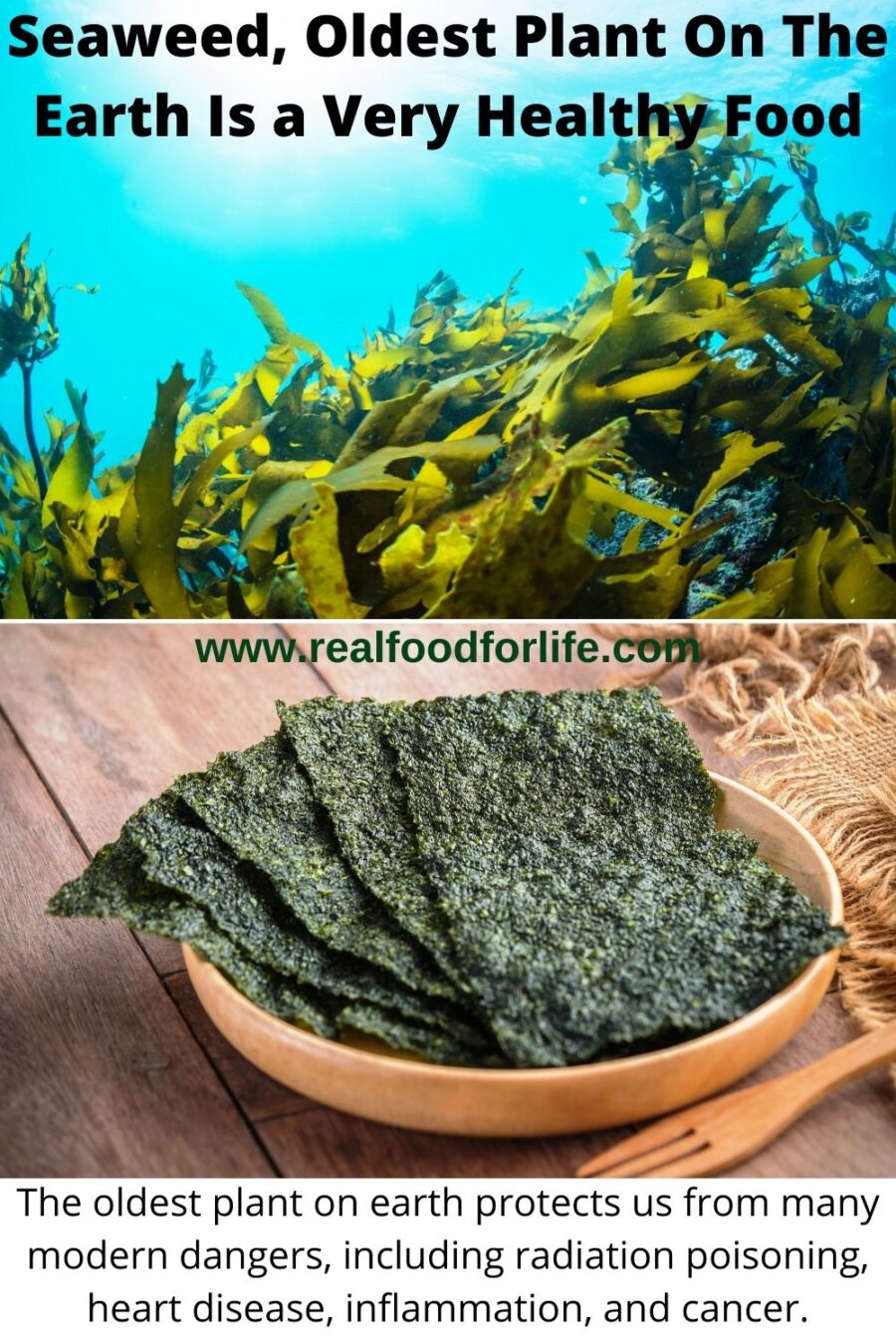 Seaweed tastes great when prepared well. Although not so common in our modern western diet, it is enjoyed daily in countries like Japan and Ireland. See recipes with seaweed in them below.

Even land lubbers life Randy get used to its unique flavour.
Listen to his opinion of seaweed.
Seaweed story?

The 5 Most Popular Seaweeds

Also, there is Kelp which is the most nutritious; it is very high in iodine, contains iron, sodium, phosphorus, calcium, magnesium and potassium, and vitamins A, B1, B2, C, D, and E, plus amino acids. It is a very strong tasting seaweed which can be overpowering for most foods, so I do not often cook with. Kelp is often taken in capsules or powder as a supplement.

Now we know why many of us love seaweed so much! It is soooo good for us.

Check out these delicious recipes:

Easy Recipe with Nori:Green Nori Salad – This salad is simple, nutritious and filled with flavour.

Yummy recipe with Arame Seaweed:  Carrots with Arame – This is a great addition to any meal especially if you like ginger and carrots.

Tasty Recipe with Wakame: White Bean and Asparagus Stew:  Get your vegan protein with all the health benefits of asparagus here in one shot. I created this White Bean and Asparagus Stew recipe out for the first time on two dinner guests.  That was rather brave!  They were good friends, and you never know how some people react to beans. Sometimes people get gas unless your take the proper steps. I had taken all the precautions though, and they loved it!  They explained it was very tasty but I had made the mistake of revealing what was for dessert. They didn’t eat extra helpings of stew because they were saving room for carob brownies!

Get some Kombu into your diet: Soba Soup:  a Japanese favorite.   If you want a delicious soba soup recipe that is gluten-free, and perhaps even grain-free try this soba soup.  This soup is made with buckwheat noodles. Soba is Japanese for buckwheat. I love this soup! And it is great that it is so healthy.

Recipe with Kombu and Wakame Seaweed: Miso Soup with Spinach and  Mushrooms:  Another eastern favorite. We have come to think of Japanese food as being tempura, teriyaki, and sushi but it is miso soup that the Japanese will not want to live without. Originally, miso soup was served as a breakfast food. I remember the week I had a little Japanese girl visiting who could not speak English; when I made her this soup with the addition of udon noodles, she was so happy and said “Oishi” ( 美味しい ) many times which means delicious! Fortunately, I understood because I had been in Japan and said Oishi at many meals.

Recipe with Kombu Lentil Stew is Nutritious, Full of Superfoods and Is Tasty – Lentil stew has all the benefits of the mighty superfood lentils which are full of protein plus many more nutritious vegetables. And it is a tasty meal.

Question: When was the last time YOU ate seaweed?  Answer below.

You can also learn how to plan and prepare super healthy meals with my 2-5-30 Healthy Diet Online Courses.

17 thoughts on “Seaweed, Oldest Plant On The Earth Is Wonderful For You”