This is a favourite grain of mine in the winter. It is very warming, highly nourishing, energizing, and tasty food that can be eaten instead of rice or the usual porridge.

Contrary to its name, this fruit seed is not in any way related to wheat.
Buckwheat is a gluten-free Powerfood!

3.  The high level of rutin is extracted from the leaves for medicine to treat high blood pressure.

4.  Non allergenic.
Buckwheat hulls are used as pillow stuffing for those allergic to feathers, dust, and pollen.

5.  May help diabetes.
New evidence has found that buckwheat may be helpful in the management of diabetes according to Canadian researchers in the  Journal of Agricultural and Food Chemistry.
With a glycemic index of 54, it lowers blood sugars more slowly than rice or wheat products.

6.  Great for digestion.
“The properties of buckwheat are Neutral thermal nature; sweet flavour; cleans and strengthens the intestines and improves appetite. Is effective for treating dysentery and chronic diarrhea.”  According to Paul Pitchford in Healing with Whole Foods (1993)

7. High protein buckwheat flour is being studied for possible use in foods to reduce plasma cholesterol, body fat, and cholesterol gallstones.

8.  Buckwheat is good at drawing out retained water and excess fluid from swollen areas of the body.  Read how to make a  Buckwheat Plaster.

9.  Buckwheat is a warming food.
It is classified by macrobiotics as a yang food. It is great for eating in the cold winter months.

10.  Buckwheat contains no gluten and is not a grain.
It is therefore great for celiacs and those on grain-free and gluten-sensitive diets.
I use it often in my Online Courses.

Please Note Use and Safety
If you need to be gluten-free; when buying buckwheat products like soba noodles do check the label as wheat flour is often added.
Chinese medicine cautions against buckwheat for individuals with weak spleen qi.
Macrobiotics says buckwheat will only do well in the intestines when candidia has been dealt with.
A Japanese study found that 194 children out of 92,680 children exhibited allergy symptoms in response to buckwheat. Check with an allergy specialist before feeding buckwheat pasta to your child. – 1998 study in “Arerugi” 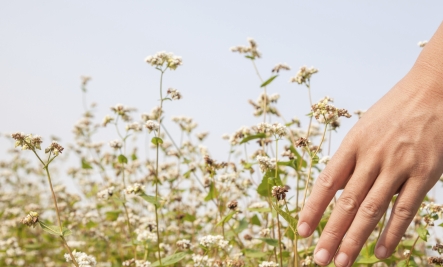 There is a King Buckwheat and a Lady Agriculture, the queen is Queen Ceres, named after the mythological goddess of agriculture at the Preston County Buckwheat Festival every year.

Buckwheat seedlings emerge and grow quickly so it is an unusually fast-growing crop.

When growing buckwheat, disease and pests have not been a problem so you will not find a lot of pesticides used in growing it. It will die when grown with most chemicals.

It has been used as a substitute for other grains in gluten-free beer. 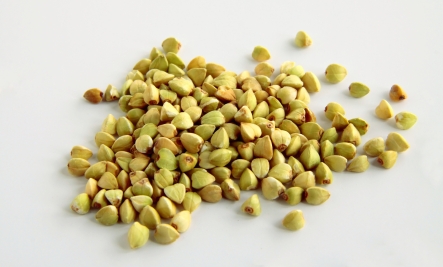 Buckwheat has been eaten since the eighth millennium BC. It was gathered from the wild in where it grew naturally.  When cultivation began is not known.

Buckwheat is native to Northern Europe and Asia. It was cultivated in China from the 10th through the 13th century. Then in the 14th and 15th centuries, it spread to Europe and Russia. Later it came to the United States by the Dutch during the 17th century.

Store in an airtight container in a cool dry place. Buckwheat flour is best stored in the refrigerator. 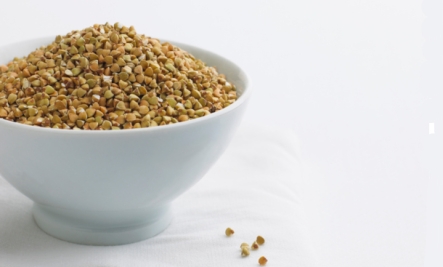 There is a little Russian store in my neighborhood that has the best products.  They prefer organic and have good prices; this is where I buy this brand of buckwheat groats: Russkoe Pole Buckwheat Groats, 31.7 oz

Tips for eating or cooking:

Rinse buckwheat under running water before cooking to remove dirt or debris. 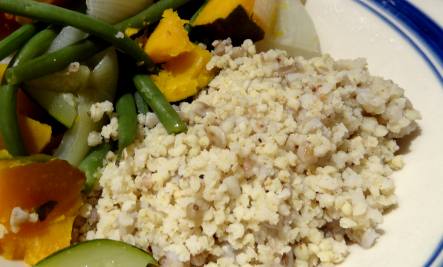 Here are some more Buckwheat Recipes To Try:

Buckwheat Plaster This draws out retained water and excess fluid from swollen areas.

Buckwheat and Sunflower Seeds This buckwheat recipe is simple and nutritious!  Buckwheat is gluten-free and is not a grain, it is actually a seed.  Also, it is warming and so great for the winter months.

Soba Soup A Japanese favorite, this soup is made with buckwheat noodles.  If you want a delicious noodle soup recipe that is gluten-free, and perhaps even grain-free try this soba soup.

To learn more about gluten-free flours check out my Healthy Baking BootCamp.

Do You Have Wheat Belly?

Get healthy tasty vegan gluten-free recipes and useful lifestyle tips sent to you
once a week, subscribe to the newsletter.