Asparagus is a healthy delicious superfood that is ready for us in the spring.  When it is asparagus season that means it is spring! It is a very special vegetable that is so tasty and can be expensive too. 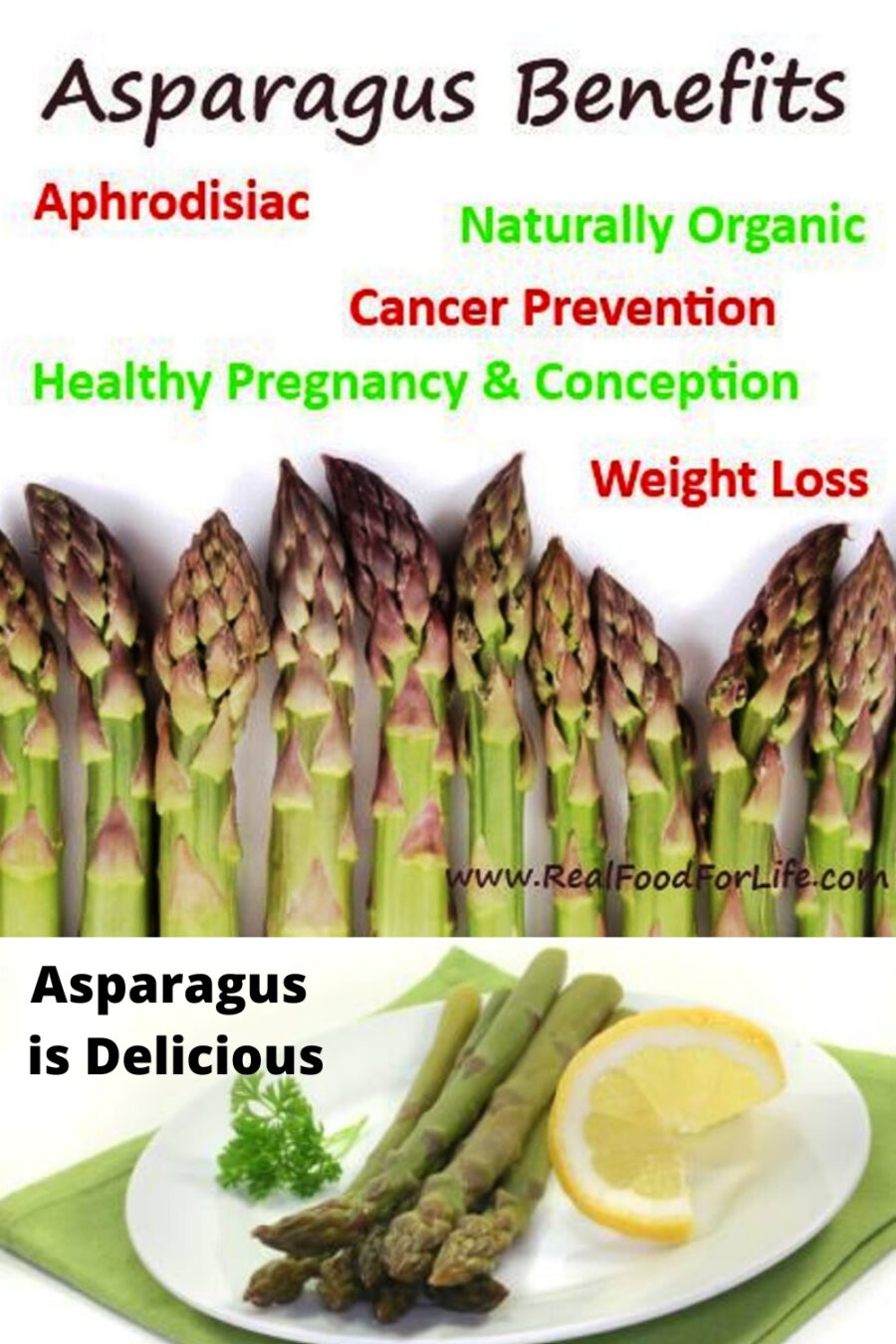 One of the few vegetables containing a carbohydrate called inulin. Inulin promotes the growth and activity of these friendly bacteria in the intestines making it difficult for unfriendly bacteria to grow.

Asparagus has senecio asperulus and laricinus in it which has been found to be effective in fighting prostate and breast cancer cells according to a study that is not conclusive as some of it was done on mice.

Glutathione is an important anti-carcinogen and asparagus has a high amount in it. Other foods high in glutathione are peppers, carrots, avocados, squash, spinach, and melons.

Glutathione is the most potent anti-oxidant available.  Glutathione also makes asparagus a great cleanser for the body! We use it in our Spring Cleanse.

“Asparagus is the best at de-bloating, since it helps flush out the bad stuff.” ~ David Kirsch

This is another benefit of having a high quantity of glutathione is it may be helpful for diabetics.

“Insulin resistance can result in the development of type 2 diabetes. The production of insulin causes the body to move glucose (sugar) from the blood and into cells that use it for energy. A small 2018 study indicates that people with insulin resistance tend to have lower glutathione levels.” ~ Medical News Today

4. Help with a Hangover

Of course it is important if you have a hangover to drink lots of water and get rest.

Researchers say amino acids and minerals in asparagus extract may ease hangovers and protect liver cells against the toxins in alcohol.

Because this vegetable grows so quickly the need for pesticides and other chemicals is reduced.  It is on the Environmental Working Group’s Clean 15 list of fruits and vegetables with the lowest occurrence of pesticides.  Of course, you can still eat organic for that little bit of extra nutrition and buy organic to support the cause.

It is a good source of the amino acid asparagine, which serves as a natural diuretic This increased urination releases fluid and helps rid the body of excess salts.

“When women are not urinating enough, they can get a UTI. It’s possible that a diet rich in asparagus could prevent these painful infections from developing, since going to the bathroom more frequently can help move bad bacteria out of the urinary tract.”~ Keri Gans, RD a nutrition consultant in New York and author of The Small Change Diet. 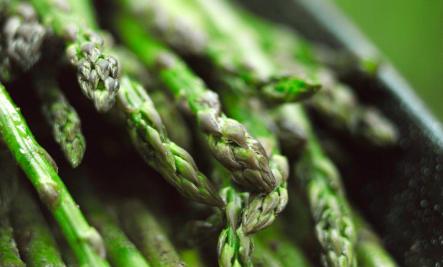 Like almost all vegetables, it helps to balance out, what for most individuals is an overly acidic diet. Being more alkaline creates greater energy, beautiful skin, and a stronger immune system and less degenerative diseases.

A serving has only 27 calories and is full of nutrients. With its high fiber content, and low glycemic index it is considered a smart carb. Too bad they haven’t invented asparagus chips or snacks. It would be so much better than junk food or fries.

Folacin has been shown to help in the prevention of neural tube defects that cause paralysis and death.

“Folic acid is essential for women who are planning on getting pregnant, since it can help protect against neural tube defect,” ~  Keri Gans, RD a nutrition consultant in New York and author of The Small Change Diet.

Many cultures traditionally consider asparagus to be a natural aphrodisiac. Although there is not a lot of research to back this up, it’s close ‘cousin’ Shatavari (also part of the asparagus family)  is called “she who possesses 100 husbands” for good reason.  Satavari is also known within the Ayurvedic health system to feed both male and female reproductive tissues and has been used to treat PMS and menopause symptoms for centuries. The only research I could find was on rats!

Some people have strong-smelling urine after eating asparagus, sulfur-like odor resulting from the digestion of certain amino acids. And some people are genetically unable to detect the smell!

“Keep bees and grow asparagus, watch the tides and listen to the wind instead of the politicians …if you want to live the good life.” – Miriam Waddington, Driving Home ‘Advice to the Young’. 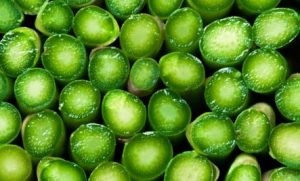 Tips for eating or cooking

Asparagus Tomato Salad  This luxurious asparagus tomato salad was enjoyed so much the first time I created the recipe so I never stopped serving it.

Asparagus With Lemon Juice: If you like asparagus than you will enjoy this recipe with lemon.  You will love how easy it is to make this healthy recipe that is a delicious addition to any meal. 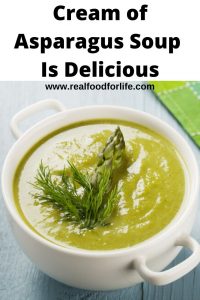 Cream of Asparagus Soup – This cream of asparagus soup is dairy-free and gluten-free. It is delicious and simple to make. A creamy soup that is vegan is not so common and that makes this soup extra special.

Baked Asparagus   If you have a bit more time, this has an extra heavenly tasty recipe to try.

White Bean and Asparagus Stew  This contains three superfoods, asparagus, seaweed, and Stevia. I created this White Bean and Asparagus Stew recipe out for the first time on two dinner guests.  That was rather brave!  They were good friends, and you never know how some people react to beans. Sometimes people get gas unless your take the proper steps. I had taken all the precautions though, and they loved it!  They explained it was very tasty.

9 thoughts on “Asparagus – The Balanced Superfood is Delicious”