Discover the newest superfood of the stars;  kale is full of health benefits. Read more about kale, get some recipes and learn about cautions.

“Every leaf of kale your chew adds another stem to your tree of life.” ~ Ancient Turkish Saying

Kale was once called the ‘poor people food’ but now it’s the new trend. Celebrities like Angelina Jolie, Woody Harrelson, and Gwyneth Paltrow are all eating kale to feel better and keep the ‘sleek physique’ needed for stardom.

It is one of my top Powerfoods! 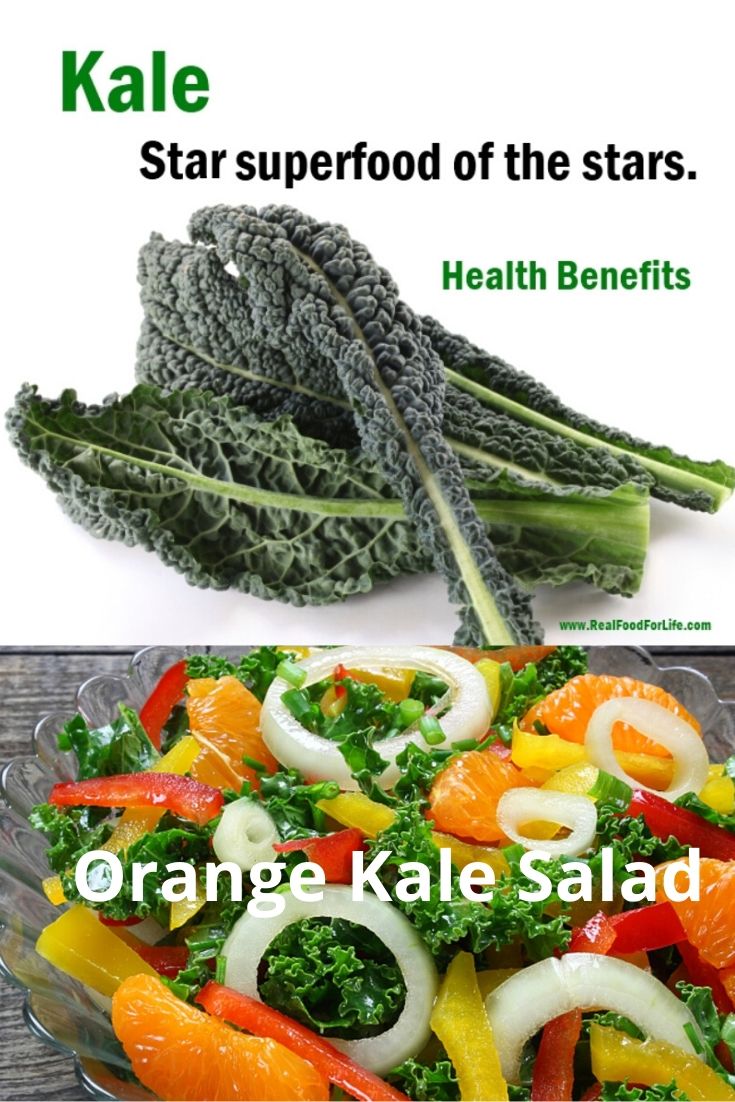 2. Kale is a detox food.
It’s filled with fiber and sulfur which are great for detoxifying your body and keeping your liver healthy.

3. Low in calories
A cup of chopped kale has only 33 calories. Eat lots as it is great for weight loss!

4. Great at fighting many cancers
Kale is rich in organosulfur compounds that are known to fight cancer, especially colon cancer.

6. Visual Benefits.
It is abundant in two carotenoids, lutein and zeaxanthin, which act like sunglass filters preventing damage to the eyes from excessive exposure to ultraviolet light.

7. Supports normal blood clotting, antioxidant activity, and bone health.
The high amount of Vitamin K is a kale health benefit that helps nourish those activities in the body healthy.

8. Great for helping digestion and elimination.
One of the reasons is that it is very high in fiber.

Please Note: Kale Cautions
Too much vitamin K can cause problems for anyone taking anticoagulants such as warfarin because the high level of vitamin K may interfere with the drugs. Consult your doctor before adding kale to your diet if you are on this type of medication. Kale and Oxalates: It contains oxalates that interfere with the absorption of calcium.  There is much controversy about this. Goitrogenic Food? Contrary to popular belief, the latest studies show that kale is not goitrogenic. In fact, most foods that are commonly called goitrogenic (kale, broccoli, and cauliflower), as well as soy-based foods, do not interfere with thyroid function in healthy persons even when they are consumed on a daily basis. Again this is controversial.

All greens are nutritious, but kale stands way above the rest. Kale has more iron than beef per calorie. Very high in Vitamin K, full of powerful antioxidants, and much more.

I cup of kale only has 33.5 calories but it is the other nutritional aspect of kale that makes it a superstar.

All greens are nutritious, but kale stands way above the rest. 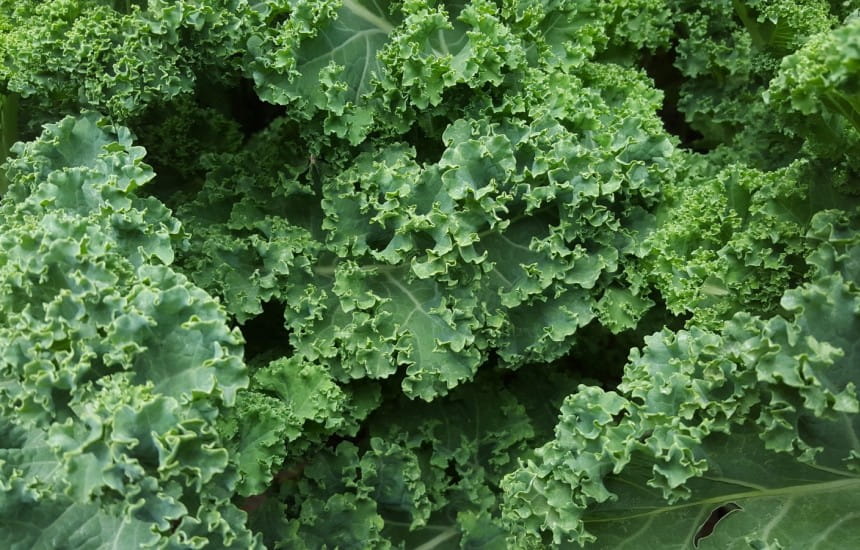 “Kale is one of the oldest forms of cabbage, originating in the eastern Mediterranean. Kale is thought to have been used as a food crop as early as 2000 B. C.” Laurie Hodges, Ph. D. Extension Specialist

How to Buy and Store Kale For Health Benefits

Tips For Eating or Cooking

Get Kale Health Benefits with these Recipes

Delicious Mandarin Orange Kale Salad – This is a very healthy and nutritious salad. The addition of the mandarin oranges makes it yummy.

Delicious Winter Grapefruit Green Smoothie – How about having a colourful grapefruit green smoothie for breakfast filled with nutritious greens, grapefruit, orange, and flax seeds? Being warm, it is great for the winter and also helps with weight loss. This nutritious smoothie is very filling too.

Steamed Winter Vegetables This is one of my easy ways to prepare vegetables. Perfect for fall and winter seasonal eating.

Pear Green Smoothie All ingredients are alkalizing!  A great way to start your day with a very nutritious green smoothie.

KABOCHA SQUASH SOUP This is for sure a delicious soup and with some kale in it makes it even more nutritious.

Braised Kale – Adding garlic and other good ingredients to the kale makes it delicious.