Caffeine is a natural insecticide that plants have been using to protect themselves from insects for thousands of years!

That caffeine in your steaming cup of coffee has been put to much better use in driving away or KILLING insects in your backyard, rather than getting you going the morning.

5 Reasons to Cut Down on Your Coffee or Caffeine Consumption

1.  Caffeine was developed as a poison.

Over millions of years, plants have developed various powerful compounds to stop insects from stripping away every bit of greenery from the planet.  A little bit of chewing is fine for the plant but too much is too much.  A good rule of thumb for health is to avoid or reduce poisons. HA!

Many plants are obviously poisonous or extremely inedible to protect themselves. Other examples of slightly toxic substances include oxalic acid in leafy greens (read Good Weed, Bad Weed), and capsaicin in chili peppers. The amounts in these foods are minuscule compared with the 12,00 tons of caffeine man consumes yearly.  Consumption of caffeine is growing, particularity with the fad of mixing caffeine and alcohol.

Whereas a dose of caffeine in a small insect may stun or even kill it, in humans, it just gives us a little ‘buzz’.  This stimulation is what many people depend on to get themselves going with their morning coffee but it is short-lived.

Since it really is just stimulation, an excitement of the nervous and glandular system, it’s not producing any long term energy and as soon as that little high wears off – you are reaching for another shot.  Do this enough times and your nervous and glandular system, particularly the adrenal gland is exhausted.  You have to keep increasing the ‘dose’ to have energy and eventually nothing works and you crash, maybe permanently.

The fact that you can get caffeine withdrawal symptoms is your stop is an obvious symptom of addiction. Most people don’t want to be addicted to anything!

You probably think you don’t drink enough to be addicted right now but research shows you probably already are. Johns Hopkins University School of Medicine showed that low to moderate caffeine intake (as little as one 14-ounce mug per day) can quickly produce withdrawal symptoms

4.  Caffeine often comes with sugar and other health hazards.

Raw coffee beans by themselves don’t taste good so sweeteners are usually added. This is usually white sugar or some artificial chemical that tastes sweet.

Some people consider white sugar to also be a chemical poison. To read all about the dangers of sugar and to how to stop your sugar craving click here:  7 tips to Reduce Sugar Cravings

At the very least sugar is definitely a dumb carb and NOT a smart carb. Other than the simple sugars it has no micronutrients like vitamins or minerals to help your body.  Also it has a high glycemic index so it  goes quickly into the system, creates insulin spikes and insulin resistance which eventually leads to weight gain.

5.  Caffeine toxicity has been linked to well.. almost everything!

The above 4 points are pretty well known and obvious.  If you do a medical search for ‘caffeine toxicity’ on  Google scholar at this link caffeine toxicity you get 44,000 entries.

Caffeine has been associated with studies in a lot of conditions including:

6. .  Caffeine is used as an Insecticide.

Back to my original perspective. Over 20 years ago James Nathanson, assistant professor of neurology reported in Science magazine of this important function of caffeine. The study determined that caffeine combined with other insecticides increases their killing power. In one test, a small dose of caffeine increased known pesticide potency by ten times.  Caffeine appears to produce the destructive effect by suppressing certain enzymes in the insects’ nervous system. In man, caffeine is now classified by many scientists as a neurotoxin.  That means it is definitely not ‘good’ for your nerves.

Do you think that maybe you have other pesticides in your system that caffeine could react with? 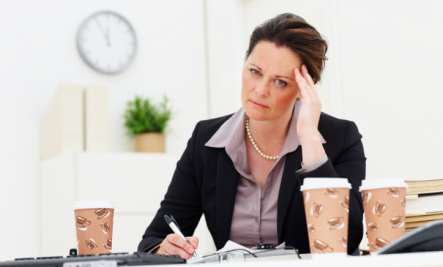 The world drinks 400 billion coffees a year. We toss away 100 million cups a year which if we are careful with our trash ends up in landfills.

The paper in landfills, like all organic matter, decomposes without oxygen, and thus produces methane which has 23 times the heat-trapping power of Co2.

The plastic coating the paper and the polystyrene coffee cup lid, after its minutes-long use, will continue to exist for hundreds of years. Plastic coffee cup lids, contains the toxic substances styrene and benzene, which have been documented as suspected carcinogens and neurotoxins. That’s also bad! 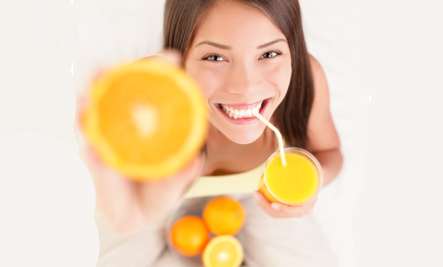 You Could Choose Worse!

If you are going to choose a drug, caffeine is certainly better than alcohol, nicotine, cocaine or narcotics.  Narcotics used to be readily available in the drugstore but new understanding has caused their restriction so most people have moved into caffeine and alcohol. Read 4 dangerous drugs doctors gave your grandparents.

Coffee does some have specific uses: They would tend to be medicinal. Caffeine, for example, is added to many cold and pain medications to increase their speed and potency.  This decreases the overall use of medicine use.

Coffee also has some great current social benefits.  The coffee shops around the world seem to fulfill a universal urge to come together and talk and eat and drink. In the crazy world, we live in, coffee shops are often a tiny oasis of comfort and calm. That being said, perhaps we could be drinking alternate beverages with less caffeine.

You could Choose Better: 5 Caffeine Alternatives:

Has 1/2 or 1/6 caffeine as regular brewed coffee.  It has about half the caffeine as coke or Pepsi.  Some specialty green teas have even less caffeine than this.

What green tea has MORE of is all kinds of health benefits, including prevention in cancer and heart disease. Maybe this is why green tea is the second most popular beverage in the world (after water) and thee most popular health beverage. Green tea is considered a critical element in the development of the British middle class, women’s liberation, girl guides, charity organizations,  and the American Revolution. Read more at Green Tea: The Powerfood that Rules the World

Other than in bars, it is now socially acceptable to drink herbal drinks in public!  They are often called herbal teas although technically they are not.

Both will give you smart carbs with natural energy and will also reduce your risk of heart disease.  Most other fruit juices have additional health benefits.  Lemon water is also highly alkalizing. It will take a bit more time or energy to have fresh juice but you won’t be spending time making coffee.

The nice think about this is that it can be absolutely free. Dandelion root has a host of health benefits.  Read how to make it at Dandelion Root Coffee

There are whole foods that will give you the energy and clarity that you are trying to get with coffee.   They are probably in your kitchen right now. Below is a list suitable for breakfast or an office snack.  Read about the power of powerfoods or take your pick from the list.  You will get not only energy but healthy too!

9 thoughts on “Kill Flies – Not Your Brain”