Why is Green Tea is the most widely consumed beverage in the world, second only to water itself?

Why is green tea is the most popular health drink on the planet?

There are many different kinds of tea including green tea, black tea, white tea, and oolong. They all start out as green leaves from the Camelia Sinensis plant.

The only difference is which part of the plant is used, where and how it grows and how it is processed. Oolong teas have perhaps the most extensive tastes, green tea and enhanced green tea has the most benefits for the least cost. 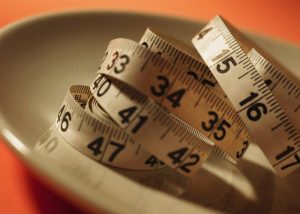 The International Journal of Obesity cites this tea as having polyphenols which produce extra heat in the body and burn calories.

Weight loss experts and dieticians agree that this promotion of thermogenesis will help dieters lose pounds.

The Journal of the National Cancer Institute published a study in 1994 indicating that drinking green tea reduced the risk of esophageal cancer in Chinese men and women by nearly sixty percent.

One of the beneficial compounds in green tea is epigallocatechin gallate (EGCG). EGCG is a powerful anti-oxidant which inhibits the growth of cancer cells, and kills cancer cells without harming healthy tissue.

EGCG is twice as powerful an anti-oxidant as resveratrol, a polyphenol found in grapes and wine and which is speculated to protect the French from their high-fat diet.

5. Green Tea Cleanses the Body and the Soul 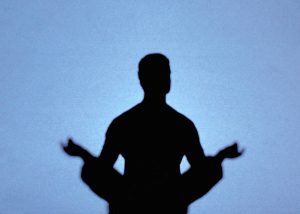 It originated as a large tree growing in the Himalayan jungles.

It was cultured into the short bushes grown throughout the world now, by Chinese monks who had discovered its many benefits.

The Taoists claimed this tea as an important ingredient of the elixir of immortality.

The Buddhists used it extensively to prevent drowsiness during their long hours of meditation.

The first bowl moistens my lips and throat;
The second bowl banishes all loneliness;
The third bowl clears my mind of words and books.
The fourth cup, I begin to perspire,
Life’s troubles evaporate through my pores.
The firth cup cleanses my entire being.
Six cups – ah, but I can drink no more:
I can only feel the gentle breeze blowing through my sleeves,
Wafting me away to the Isle of Immortality!

Lu ton, Eight-century Chinese Poet, from In Gratitude for a Gift of Fresh Tea

In the twelfth century when China began exporting tea, TEA BRICKS became the often preferred form of currency. It was light, valuable and in desperate need you could even eat the bricks. Tea contains, along with its many other nutrients, small amounts of protein.

Green Tea was said to be introduced into Japan in 1191 by the monk Eisaid when he returned to Japan with Buddhism. The cult of tea began after Eisai helped cure the famous shogun of Japan Minamoto.

The whole culture of the country revolved around the Japanese Tea Ceremony which uses very finely ground green tea leaves in an elaborate ceremony lasting many hours.

The Tea Ceremony was a worship of the art of life,  an appreciation of refinement and purity, a process to go beyond the dreary waste of existence.

In Britain, tea rapidly replaced much of the beer, ale and alcohol consumption with a beverage that was actually good for you. The British were transformed from an aggressive, meat and beer drinking mass to a more gentle, civilized people.

For the middle class of Britain, the tea parties and tea gardens allowed women and children to get out and socialize for the first time in their history. Many movements such as missionaries, charities, and the girl guides started as tea groups.

For the lower class of Britain, tea breaks made life bearable –  the tea gave them energy and a lift of spirits which other beverages could not. They spent HALF their food budget on tea (and sugar to put in it) for good reason.

For Americans,  tea is a reminder of the Boston Tea Party,  a key event in the American Revolution. Americans resisted taxation by the British of tea and other goods without representation. This resistance was symbolized by throwing a shipload of black tea into the Boston harbor.

“One of the beneficial compounds found in green tea has a powerful ability to increase the number of “regulatory T cells” that play a key role in immune function and suppression of autoimmune disease, according to new research in the Linus Pauling Institute at Oregon State University.” ~ Science Daily

11.  Green Tea is Loved By Everyone

What happened to my green tea?”

From hardworking workers needing energy to homemakers wanting health to professionals wanting mental clarity – green tea can be enjoyed by everyone.

6 thoughts on “Green Tea: The Superfood That Rules the World”