Potatoes – one of the most commonly eaten vegetables on the planet has its fans and its enemies. Learn about its many health benefits (the good) its health concerns (the bad) and its controversial effect on weight management (the ugly).

It was with mixed emotions that I read that potatoes were on a list of the most fattening foods.

I personally don’t like potatoes a lot but thought it was because of being force fed boiled potatoes every day as a child. Now I find that perhaps I’m just very smart (joke) or sensitive.

2. Potatoes are High in Vitamin C

Who would have thought! It is in the skin.

Many vegetables contain small amounts of resistant starch but potatoes that have been cooked and then cooled down have high amounts.

Resistant starch acts like fiber and is either poorly digested or not digested at all. This lowers the glycemic index of potatoes, which is normally higher than white sugar, (averaging 70 – 110) to reasonable levels of 25-72!  Bring on the potato salad!

4. Provides B vitamins for your Brain, and Athletic Performance

One cup of baked potato contains 21.0% of the daily requirement for B6, essential for growth, your nervous system and cardiovascular health. 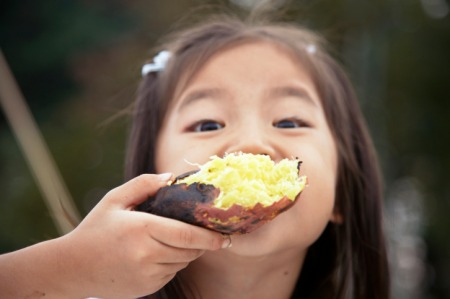 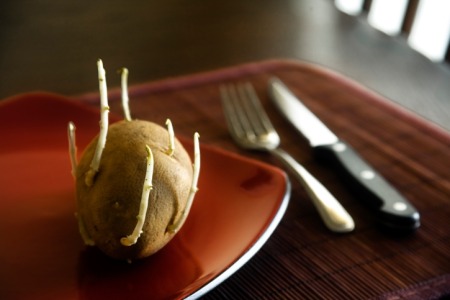 The Bad:  Health Concerns with Potatoes

1.  Potatoes are in the nightshade family.

Nightshades have varying amounts of alkaloids, compounds produced by plants to protect themselves from insects and disease.

Potatoes don’t have the high amounts of alkaloids as the 3 powerful nightshades (mandrake, tobacco, belladonna).  IF YOU ARE SENSITIVE to alkaloids, even potatoes could cause a reaction. The level of alkaloids varies greatly depending on the variety of potato and how it is produce and handled

Hey maybe that’s why I don’t like potatoes.  I also don’t like tomatoes and eggplant, other nightshades.

Note: Green potatoes (caused by exposure to the sun) have large amounts of alkaloids as do the sprouts.  Avoid green potatoes and cut out the sprout and its eye before using them.

2.  High amounts of pesticides are contained in Commercial Potatoes

Potatoes are listed as one of the ‘dirty dozen’ group of twelve foods that contain the highest level of pesticides. Avoid this for your own cooking by just buying or growing organic but assume that all potatoes out of your control (like those in French fries and chips) fall in the ‘dirty’ category.

There are thousands of varieties of potatoes but most of the potatoes we eat are monocultured.

Monocultures destroy the genetic diversity of the planet and are susceptible to possible disease.  The potato blight of the Irish was caused because they all ate a single species of potato which happened to be susceptible to disease.

Fried potato chips and French fries are a greater risk of acrylamide exposure than any other food.

One single ounce snack-sized bag of potato chips contains 20% of the maximum safe intake of dietary acrylamide as established by the EPA. Most people consume a lot more than one ounce. 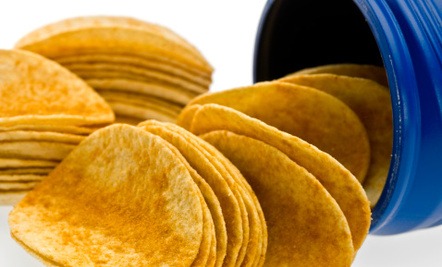 The Ugly:  Do Potatoes Make You Fat?

Many people are scared of potatoes because they are OBVIOUSLY a carbohydrate and as a culture we are now afraid to eat carbohydrates because we all want to lose weight!

A common question in regards to this starchy tuber is “will potatoes make you fat?”

The truth is that a potato is MOSTLY water so if you don’t eat too many you will not take in too many carbohydrates or calories.

The second consideration is their high glycemic index. – higher than white sugar – ranging from 80 – 110.   Potatoes are not that dense so the glycemic LOAD from an average serving of potatoes is not more than any other carbohydrate.

Red potatoes are lower at 58

The study that got me thinking about potatoes was a large population study of 120,887 people whose eating habits and weight gain was analyzed over four years.

The average of all types of potatoes for weight gain was more than any other food group studied, which included meat, processed meat, sugar-sweetened beverage, sweets and desserts and milk products.

You didn’t need a study to tell you that potato chips and French fries are fattening. Other potato forms are NOT a weight loss food like fruits or leafy vegetables. 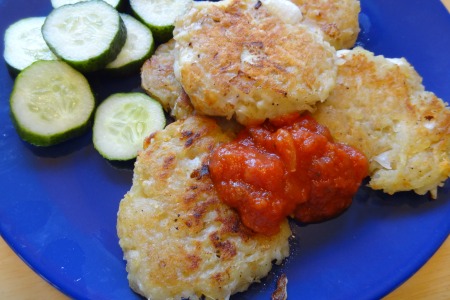 (don’t eat too much)

Creamy Potato Salad:  Nothing but goodness and tastiness and lots of those resistant carbs.

Diana’s Potato Latkes:  Made without eggs.

2 thoughts on “Potatoes: Are They Good, Bad, or Fattening?”