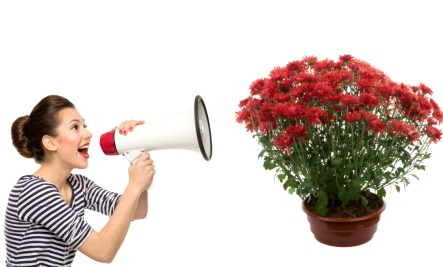 Do you talk to your plants? Many people do.

The real question is whether this makes a difference… or even more interesting…do plants talk back to you?

There are three kinds of plant communication

1.  People talking with plants is the most common.

I’ll admit I am not an avid or experienced gardener like Diana , but I still find myself telling my new seedling how happy I am with them and giving them encouragement.  I sometimes also curse the weeds (read Eat, Pray Love Weeds) but not with the same intensity.

Mythbusters exposed seven small greenhouses to various conditions. Two were exposed to negative speech, two to positive speech, a fifth with classical music and a sixth with intense death metal music. A seventh greenhouse, used as a control sample, had no stereo. (speech and music were supplied by recorders)

You can see videos and details at this link  Talking to Plants Proven.

Neither of these studies were large scale or double blind.  The Mythbusters results were perhaps influenced by the fact that the plants were exposed to recorded voice and sound rather than real humans who were feeling and looking at the plants.

The fact that the study did not have live humans is important according to Cleve Baxter, famous for his experiments revealed in the famous book, “Secret Life of Plants”

Cleve found that  polygraph readings  detected emotion in plants just as they do in humans. Cleve Baxter knows this field as well as anyone. He founded the CIA’s polygraph unit shortly after WWII and founded The Baxter School of Lie Detection which is the longest running polygraph school in the world.

Some research seems to indicate that certain frequencies activate certain genes in plants. Other researchers claim plants can read our minds or at least react to our thoughts.
For myself, I understand that plant food affects us on so many levels that it is very possible that happy plants would grow better and be more nutritious for us. 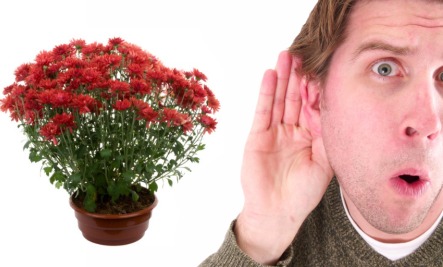 This is more interesting to me since perhaps as a human I can learn something.

All ancient cultures insisted their knowledge of plant medicines came from the plants themselves and not through trial-and-error experimentation.

Less well known is that many Western peoples made this same assertion; – people like Luther Burbank who developed the potatoes you probably eat in fries or potato chips.

Currently the forefront of this area is Stephen Buhner who wrote The Secret Teaching of Plants.
It is one of the best books on health/spirituality  a I have even read. You can read my review of his book here:  Practical Guide to  Plant Communication.

Diana also interviewed him which you can listen to here:

The larger interview is here: Talking With Stephen

Stephen not only reveals some amazing facts about how our bodies work but also concrete lessons on how to directly communicate with them.  His approach is both intelligent and heartfelt.

“Everyone knows plants react to light and scientists also know that plants use volatile chemicals to communicate with one another, for instance, when danger, such as a herbivore approaches” says Monica Gagliano from the University of Western Australia.

She showed that maize plants make teeny tiny clicking noises with their roots and bend their roots towards similar sounds. who would have imagined?

What do you think? Do you talk with plants?  Do they talk back? 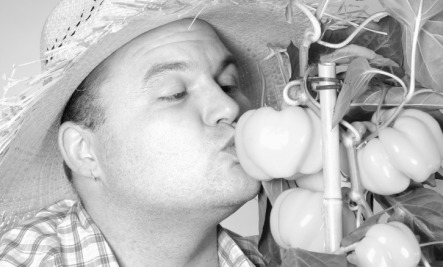 4 thoughts on “Do You Talk To Your Plants?”