Turmeric is the Yellow Superfood! If I had to chose just one herb spice to increase my well being and live a long healthy life it would be turmeric. It helps you when young, when middle-aged, and in old age. It helps both men and women for different reasons.

Turmeric is called curcumin in the science community.

If a drug company could patent turmeric, it would be more popular and lucrative than Viagra and aspirin combined. 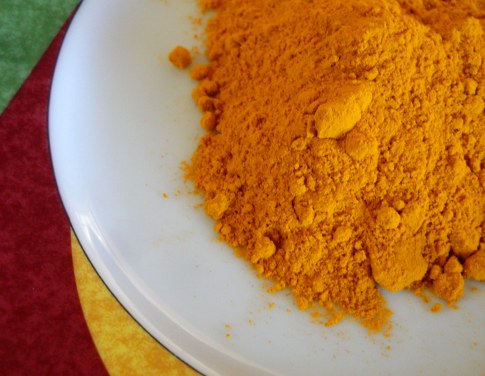 The thing you notice right away about turmeric is its bright yellow colour. This is what gives the traditional curry spice it’s colour but also is the colouring of mustard and many other prepared and preserved foods like pickles, salad dressing, cheeses and even textiles.  Most curry blends and prepared foods have minimal amounts of turmeric in them though so if you want the health benefits you should go for the straight powder.

Curcumin, thought to be the primary pharmacological agent in turmeric, has been shown to be a more potent anti-inflammatory than prescription drugs like hydrocortisone and phenylbutazone as well as over-the-counter anti-inflammatory agents such as Motrin but WITHOUT TOXIC SIDE EFFECTS.

Curcumin may provide an inexpensive, well-tolerated, and effective treatment for inflammatory bowel diseases (IBD) such as Crohn’s and ulcerative colitis.

Turmeric’s combination of antioxidant and anti-inflammatory effects explains why many people with joint disease find relief from arthritis when they use the spice regularly.

Curcumin’s powerful antioxidant actions plus its ability to alter the genetic expression of certain proteins are possible factors in its demonstrated ability to prevent and even treat cancer in as shown in controlled experiments on mice and large populations.  Many more clinical studies are underway but traditional health systems have already been using turmeric for thousands of years.

Turmeric supports the liver in naturalizing toxins in the body. This is why it is known in traditional health systems as a purifier. It helps the liver clear away the LDL (bad) cholesterol and also prevents the oxidation of cholesterol in the system.

Research has shown that curcumin is able to cross the blood-brain barrier to reduce inflammation and specific damaging chemical aging processes.  This is why it may prevent Alzheimer’s Disease.

This is a very good way to get turmeric and ginger into your body.

Turmeric Curcumin 95% Curcuminoids with BioPerine & Ginger
Turmeric with Ginger is arguably one of the most powerful herbs on the planet. Curcumin specifically, one of the primary compounds in turmeric powder, has been reported to be one of the most advantageous herbs.

Specially processed turmeric is used in India topically to produce healthy glowing skin and prevent facial hair growth in women. Different processed turmeric is also available which is rubbed into the skin so that it is absorbed directly into the bloodstream and bypasses the digestions and liver functions which can slow it’s effects down.

Tumeric has also been known to have spiritual and ritualistic value in Eastern and near eastern cultures. (perhaps because of its obvious practical effects)
It is widely used in all parts of India during the wedding ceremony.

The ONLY CAUTION with turmeric is that if you spill it on even a slightly porous surface it can stain.  Wash immediately.

We use turmeric in many of our seasonal 2-5-30 Healthy Diets to help with detoxing and digestion.

Try these recipes to get some turmeric into your diet: 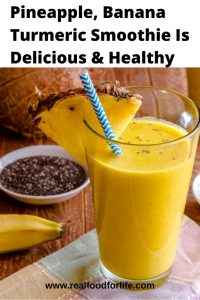 Vegan Curry Recipe That is Delicious and Easy to Make – This vegan curry recipe is delicious and so easy to make! It is full of nutritious nutritious superfood vegetables and spices that your body loves. Also, if you are like me and don’t like hot spicy food, you can make this curry without it being hot.

Mango Chutney is So Tasty and Healthy Too – This mango chutney recipe really is delicious and so healthy too. It is made without white sugar and white vinegar so it is much healthier. The cayenne is optional for extra spice for those of us who don’t like spicy food.

Curried Green Beans and Potatoes – Another curry meal. Green beans, carrots, and potatoes become extra special and yummy when made into a simple curry.

Curried Popcorn Is A Healthy Yummy Snack has become my current favourite healthy snack for me. I like the curry flavour in my vegetables so I thought why not in popcorn.  It is so yummy that I can easily eat a large bowl full all by myself!

Crunchy Vegetables with Almonds and Savory Spices Recipe – A meal of crunchy vegetables with almonds is so tasty that I could eat it at least once a week. The spices in this delicious meal are very much like the ones used in curries but without the cayenne pepper.  I don’t like hot spicy food so I leave it out.

32 thoughts on “Turmeric Health Benefits – The REAL Spice of Life”