Cool fresh peppermint with its stimulating aroma is a popular flavouring for gum, toothpaste, and tea.  This superfood is full of many health benefits from helping with digestion to increasing memory. Did you know it helps keep mosquitos away too?  I always grow mint in my garden for salads, teas, and smoothies.

The main ingredients in peppermint (menthol and methyl salicylate) are antispasmodic, which have a calming effect on the digestive tract. 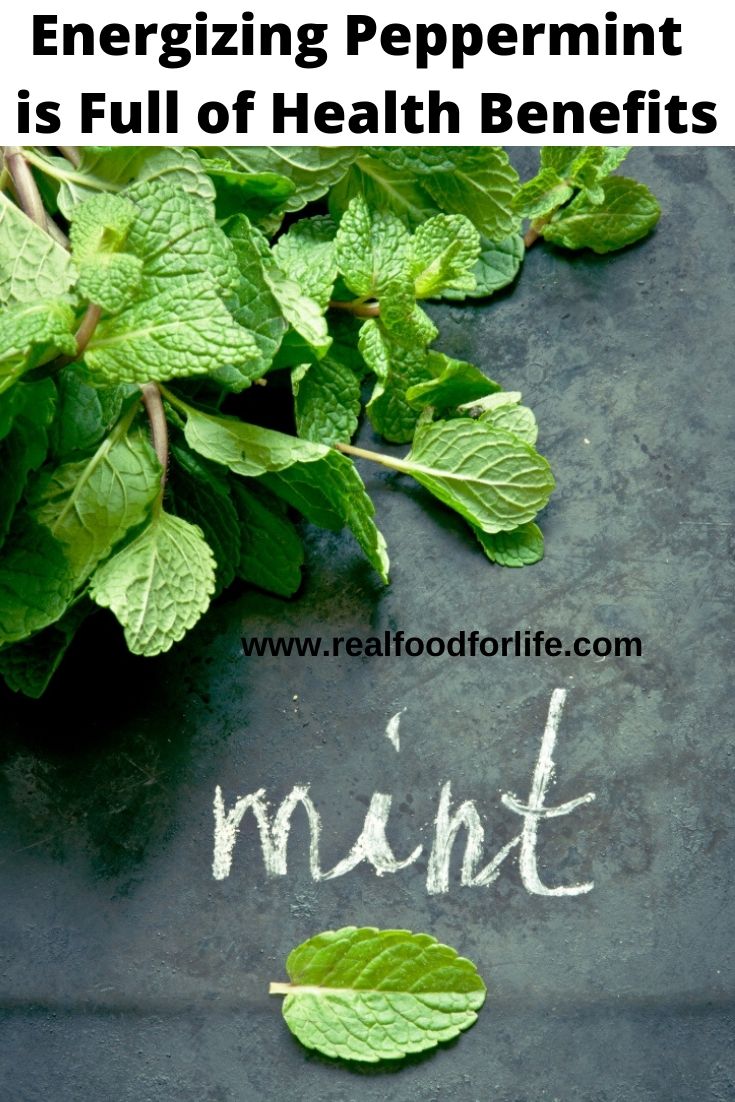 2.  Good at Keeping Mosquitoes Away

When they tested Australian bush mint essential oil to see if it would prevent mosquitoes from landing on arms and from biting, they found it to be effective.  It was more effective when there was a concentration of repellent action of the 8% essential oil which deterred the mosquitos by 97% for as long as 5 hours.  When it was only 6% essential oil it did repel all mosquitoes immediately but it went down to 75% after 5 hours.

It was found that peppermint water helped to prevent nipple cracks and pain in a study of one hundred and ninety-six breastfeeding mothers.

It was found that when the essential oil of peppermint was inhaled there was a rapid regression of tuberculosis inflammation in the research; they believe it may prevent recurrence of the disease.

Applying peppermint oil (containing 10% menthol) can help relieve pain. As an example in a study, a woman applied it to her skin and got very quick pain relief and it stayed away for 4-6 hours.

The menthol in peppermint was found to inhibit the growth of prostate cancer in clinical research.

A combination of peppermint and eucalyptus oil were applied to the temples and forehead to help relieve headache pain in a study at the Neurological Clinic at the University of Kiel, Germany.  They found it to reduce headaches.

It can be helpful for skin irritations, like poison ivy.

It has been found in studies to inhibit drug-resistant herpes simplex virus type 1.

Ever wonder why so often toothpaste is flavoured with peppermint? The oil has been found to inhibit the formation of plaque which is linked to creating cavities. Also, it is very useful for freshening the breath and whitening teeth.

Those going bald or with thinning hair now can use peppermint oil on their heads.  A study in Korea found it had a positive effect on new hair follicles without any negative side effects.

Please Note: For children under 8 years of age it is best not to use peppermint oil (not inhaled, taken by mouth or applied on the skin).
Natural supplement precautions:  Peppermint can decrease the absorption of iron when taken together. Take iron supplements and peppermint oil with at least 3 hours between the two. It also increases the absorption of quercetin, so again allow at least 3 hours between taking them together.

This herb has been found in the Egyptian pyramids and been around since 1,000 BC.

Fresh mint is the best and has a greater flavour than dried mint.  When selecting, make sure the leaves are vibrant, rich green without dark spots or yellowing.

Still, dried is good when you cannot get it fresh. Try to purchase it organically grown so that you can be sure it has not been irradiated.

A very good peppermint oil is good too.

Here is one that I like:  NOW Peppermint Essential Oil, 4-Ounce

Fresh Peppermint Pesto Is So Tasty on Pasta– I love this vegan pesto during the hot summer.

Fresh Mint Tea– This recipe is a traditional tea in many desert countries like Morocco, Turkey, and Egypt.

Cucumber-Mint-Mango Lightness– Light, lovely green in color, not too sour.