Coconut oil is full of health benefits! It was once thought of as a heart disease-causing saturated fat is now been proclaimed  ‘the healthiest oil on earth.’

Discover how this transformation came about and the top 12 benefits of this newly declared an Amazing SuperFood. 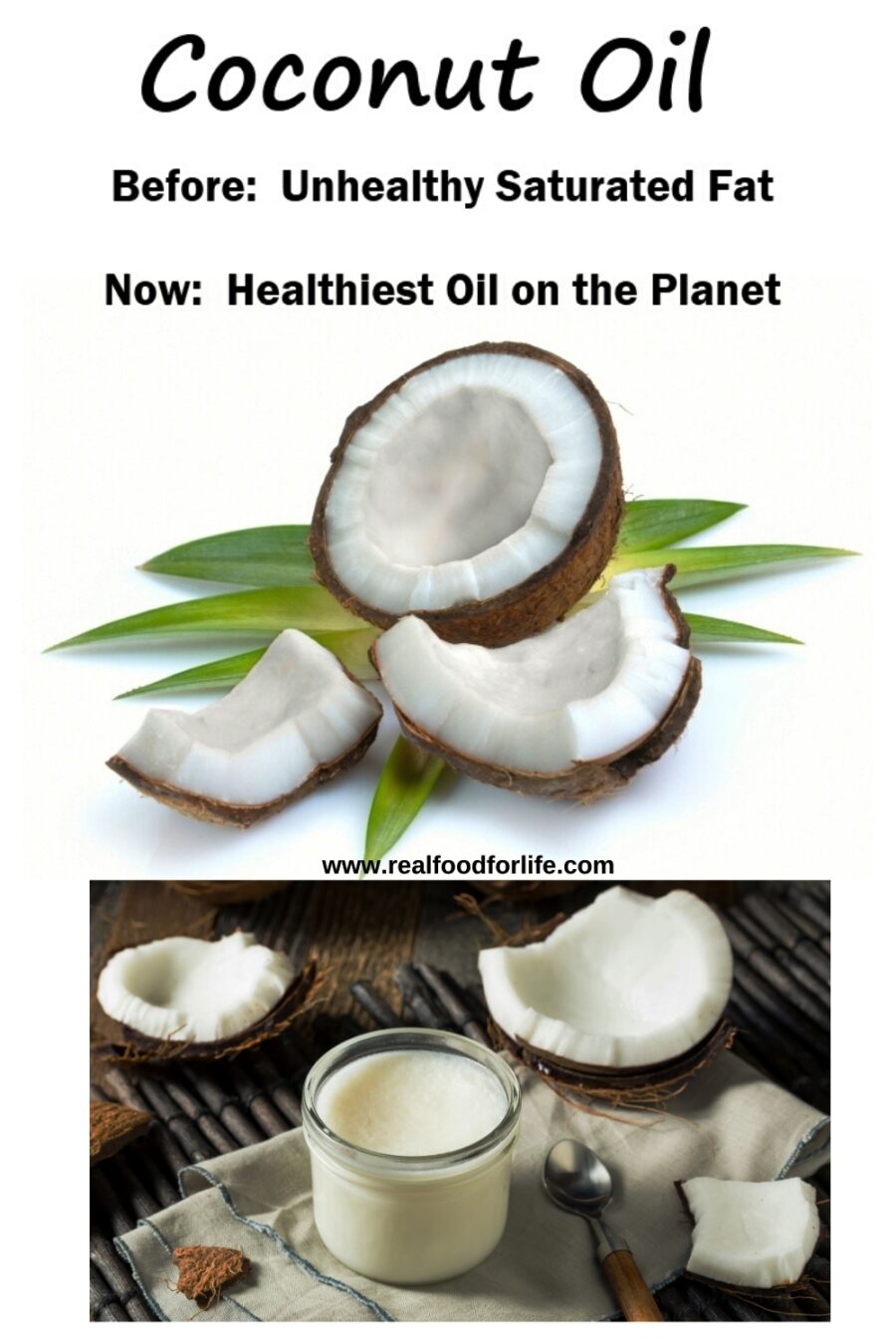 How Did Coconut Oil Get a Bad Reputation?

But what no one at the time seemed to take into account was that this study was done on hydrogenated coconut. Now the problems with hydrogenated oils are well documented by numerous studies.  Even the general unhealthy theory of saturated fats is now suspect.

Coconut oil has been used throughout Asia and the Pacific for thousands of years as both a food and medicine.

In tropical climates like Polynesia, Sri Lanka and the Yucatan where they have a diet high in this oil, the people are healthier, have less heart disease, cancer and colon problems than unsaturated fat eaters. It is now accepted that there is good cholesterol and there are good saturated fats.

To quote Dr. Mary Enig: “The research over four decades concerning coconut oil in the diet and heart disease is quite clear: coconut oil has been shown to be beneficial.”

2. Get candida in check:
Coconut oil has a good quantity of caprylic acid in it which is well known to kill off excess candida by targeting harmful bacteria.

3. Lowers cholesterol:
It is rich in lauric acid which protects your heart by reducing total cholesterol and increasing good cholesterol.

4. Helps with weight loss:
Here is an interesting fact about this oil; even though it is fat, it actually helps weight loss! Read more here: Weight Loss With Coconut Oil.

The healthy medium-chain fatty acids do not circulate in the bloodstream like other fats; they are sent directly to the liver and are converted into energy.  Thus, the body does not store the fat in coconut oil as fat; it uses it to produce energy instead.

5. Helps keep diabetes in check:
It does not produce an insulin spike in your bloodstream.  Instead, it helps in controlling blood sugar by improving the secretion of insulin.  Note: This is not a free pass to eat a lot of sugar and other dumb carbs.

6. Reduces heart disease: studies on people in the Pacific Islands found that their total caloric was 30 – 60% from fully saturated coconut oil and have nearly non-existent rates of cardiovascular disease.

7. Helps absorption:
Combining Vitamin E supplements with coconut oil through the skin was a good alternative for those with gastrointestinal malabsorption diseases.  Study in Canada 1999 University of Western Ontario

9. Good for the skin:
When applied externally it forms a protective antibacterial layer protecting the infected body part.  Also, speeds up the healing process of bruises by helping to repair damaged tissue.  http://www.doctoroz.com/videos/coconut-oil-super-powers-pt-2

10. Nourishing for the brain:
Studies show that it improves cognitive function, and stalls or even reverses neurodegenerative diseases in their early stages. It has been shown to help with Alzheimer’s Disease.

11. Ancient medicine:
Coconut oil is part of Ayurvedic medicine for 5000 years in India.

12. Speeds Recovery:
People in Panama drink a glass of coconut oil to protect themselves from illness and it is also believed to speed recovery from sickness.

This is the coconut oil I recommend to purchase online.

It is organic, virgin, cold-pressed, unrefined and chemical-free, and a good price for a large container.

“Approximately 50% of the fatty acids in coconut fat are lauric acid. Lauric acid is a medium-chain fatty acid, which has the additional beneficial function of being formed into monolaurin in the human or animal body. Monolaurin is the antiviral, antibacterial, and antiprotozoal monoglyceride used by the human or animal to destroy lipid coated viruses such as HIV, herpes, cytomegalovirus, influenza, various pathogenic bacteria…” according to research by Dr. Mary Enig 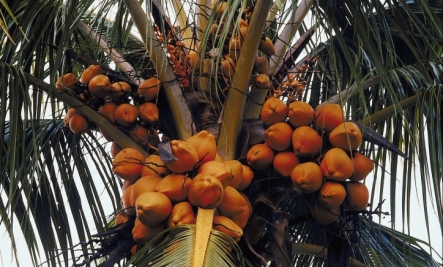 Unsaturated oils in cooked foods become rancid within a few hours, even in the refrigerator. Once fresh unsaturated fats are inside the body, they oxidize (turn rancid). Coconut oil does not go rancid even after one year at room temperature.  Most of the saturated fat in coconut oil is easy to digest and converted into quick energy so people are less likely to become obese as the fat is not stored. 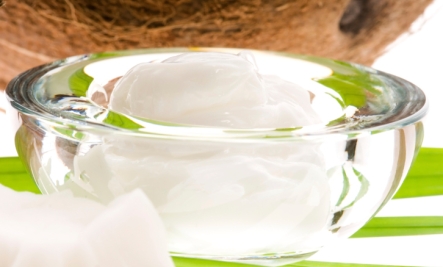 How is Virgin Coconut Oil made?

1. Quick drying of fresh coconut flesh. Low heat is used to quick dry the coconut; the oil is then pressed out with mechanical means.

2. Wet-milling.  The oil is extracted from fresh coconut meat without drying first. Coconut milk is made by pressing. Then the oil is separated from the water. The methods used to separate the oil from the water include boiling, fermentation, refrigeration, enzymes and mechanical centrifuge.

How To Use Coconut Oil

Discover great tasting recipes, when and how to use it and when other oils are more appropriate by clicking on this link How to Use Coconut Oil.

Tasty Millet Coconut Pudding with Brazil Nuts – This creamy millet coconut pudding is extra delicious with the addition of Brazil nuts. It is gluten-free, vegan and easy to make with all healthy ingredients.

Crispy Sweet Potato Chips are Tasty – Being a big fan of sweet potatoes so these sweet potato chips are a fun tasty food to eat. They are easy to make too. They can be part of a meal or good party food served with a dip such as guacamole or pesto.

Coconut Butter Icing – Would you like to make a dairy-free and sugar-free icing? Try this recipe:   it is so much healthier than cups full of icing sugar and butter. And you know what? It tastes great!