September is National Cholesterol Education Month so let’s learn more about it and what bad cholesterol really does in our body.

The research Leiden University Medical Center in the Netherlands was with 4,428 elderly people aged 70 to 82 from Ireland, Scotland, and the Netherlands. They all had either vascular disease or were at risk of developing vascular disease due to other risk factors such as hypertension.  The researchers were wanting to see if bad cholesterol created an effect on the brain.

The researcher’s evaluated the variability of LDL cholesterol in each of the individual’s before they were put through the cognitive tests. The tests measured memory, attention, and assessment of information processing speed.

In the tests, they used words written in different colors, for example, the word green would be written in red, and then the elder was asked to read the word of a color.

Our cholesterol levels are not fixed; they can rise and fall in relation to what we have been eating, drugs, exercise, and by a disease.  What we know is that each person’s levels rise and fall to different degrees.  Some can have static levels while others are very inconsistent.  All of this was taken into account in the research.

What was found is that those with the highest cholesterol variance required 2.7 seconds more to complete the colored word test according to research results.

“While this might seem like a small effect, it is significant at a population level.  Our findings suggest, for the first time, that it’s not just the average level of your LDL cholesterol that is related to brain health, but also how much your levels vary from one measurement to another. Our study is just the first exciting step.” said Roelof Smit, M.D., lead study author at Leiden University Medical Center in Leiden, the Netherlands.

It is common knowledge that the two leading causes of death in the world are stroke and heart disease which are both linked to high cholesterol according to WHO.

Cholesterol isn’t totally bad for us; we actually need it to assist the body in normal functioning. We have cell membranes that are made up of around 30 percent cholesterol which helps in building, maintaining, and keeping membranes functional. 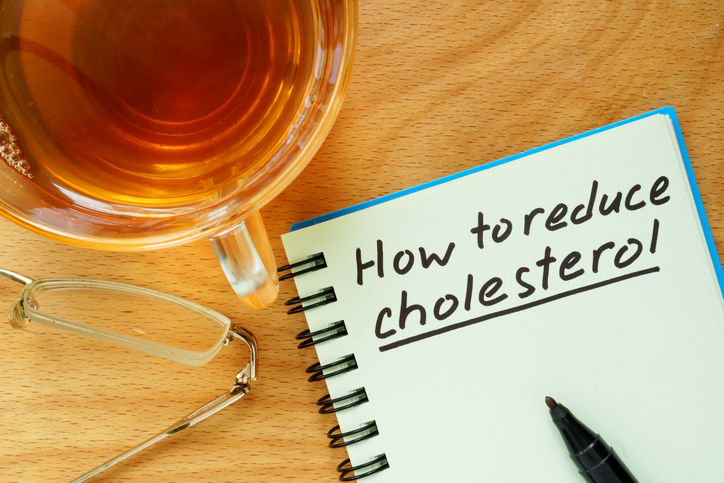 So, all cholesterol is not bad, it is always about eating a balanced diet with lots of vegetables and fruit.

Learn how to lower cholesterol naturally with 10 natural foods, as well as how to make delicious recipes to help lower your cholesterol.

Here are some healthy recipes to help with bad cholesterol:

Oatmeal Cinnamon Porridge & Sultanas–  Eat your oats! They are full of soluble fiber which helps bring down bad cholesterol and keep arteries flexible.

Almond Milk: Healthy Dairy Free Alternative– Get nuts into your daily diet. They are rich in polyunsaturated fatty acids.