Do You Which of the Sugars are REAL FOODS?

I was a sugar addict. As a child, I was addicted to white sugar and this caused many health problems. This is one reason  I am always talking about real foods: foods that are whole, live and are balancing to the body. I try to find sugars in this category. 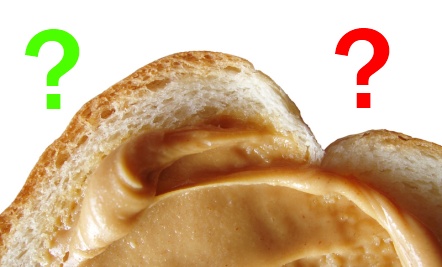 1. White sugar (aka sucrose)
White sugar is a pure chemical extract of sugar cane or sugar beet with no vitamins or minerals; these are stripped during the extraction process. Refined white sugar is a simple carbohydrate with lots of calories, no dietary fiber and is an isolate. Isolates never occur in whole foods. Vegetarians may note that it may be processed with bone char. Causes a “sugar high.”

2. Brown sugar
Brown sugar is white sugar coated in molasses which will add a few trace minerals but no healthier than white sugar and creates the same “sugar high.”

3. Fructose
Fructose is not from fruit; it is a commercial, refined sugar and it is no more nutritious than sucrose. It raises cholesterol, makes blood cells more prone to clotting, and it may also accelerate the aging process.

4. Sugar alcohols
Sugar alcohols (Erythritol, Isomalt, Lactitol, Maltitol, Mannitol, Sorbitol, Xylitol, Hydrogenated starch hydrolysates) are neither sugars nor alcohols. They do have calories; Xylitol has more then half the calories of white sugar. The only problems I could find with them are that when they are eaten in excessive amounts they can cause gastrointestinal side effects (bloating and diarrhea), weight gain and increased blood sugars. Still they are not whole foods so caution must be used; the recommendation is to not use them on a regular basis.

5. Fruit juice concentrate
This is refined and has been stripped of flavor and nutritional value. It is rapidly assimilated in the bloodstream so not highly recommended.

6. Demerara sugar (natural brown sugar)
Also known as turbinado sugar, demerara sugar is made by extracting the juice from sugar cane and then heating it until it is turned into crystals. It does not preserve much of its original molasses content but does have lots of potassium and some minerals and vitamins. 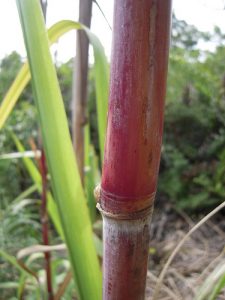 8. Sugar cane juice
Sugar cane juice is made from the same sugar cane stalks that are grown to make white sugar. Hand-powered presses or machine presses crush the sugarcane stalks and release the raw sugar cane juice. It is healthier than table sugar as it contains tiny amounts of vitamins and minerals and is raw if not processed at high temperatures.

9. Sucanat
Sucanat is made from sugar cane, usually organically grown, and minimally processed to obtain juice to make syrup (the molasses is not removed). The syrup is dehydrated and milled into a powder. It has potassium, vitamin A, calcium, iron, magnesium and small amounts of other vitamins and minerals.

10. Coconut sugar
Coconut sugar is made from the sap of coconut flowers by boiling it down to dry sugar blocks or a soft paste or a granulated form. Coconut sugar contains a higher amount of nutrients compared to brown sugar as it has some amounts of nitrogen, phosphorus, potassium, chlorine, magnesium, sulfur, and micro nutrients.

11. Palm sugar
Palm sugar is extracted from the sap of date palm trees and palmyra palms, which are said to be the best. It can also be extracted from sago and coconut palms. It is commonly used in Southeast Asia, where it is called jaggery or gur. It is high in amino acids, potassium, magnesium, zinc, and iron and has some vitamin B1, B2, B3, and B6. It also has an absorption rate slower than that of white sugar.

12. Agave nectar
Agave nectar is juice extracted from agave (the same plant tequila is made from).  It is not raw; it is produced much like maple syrup is; boiled at a high temperature till it is a syrup like the one you buy.  It is 42 percent sweeter than white sugar but has the same caloric value and a low glycemic index — a measurement of the relative ability of a carbohydrate to raise blood glucose levels.  Most agave syrup has a high fructose content ranging from 70 to 97 percent, depending on the brand.  This is higher than most commercial sweeteners; even much higher than high fructose corn syrup which averages 55 percent.  A recent report from The Weston A. Price Foundation basically says that it’s as bad for our bodies as high fructose corn syrup (HFCS).  There is much controversy about this sweetener and here is one place to read about it: Agave nectar

13. Date sugar
Date sugar is not really a sugar as it is made from ground, dehydrated dates containing all the vitamins, minerals and fiber found in the fruit. Date sugar is rich in nutrients and is metabolized more slowly than sugar. 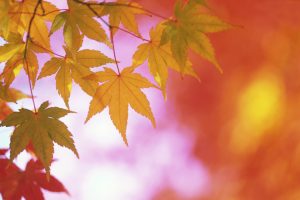 14. Maple syrup
Maple syrup is made from the sap of sugar maple trees. Less refined than white sugar, but at roughly 65 percent sucrose, is basically a sugar equivalent. It has a tiny amount of minerals and a very tiny amount of vitamins.

15. Barley malt syrup
Barley malt syrup is made from barley that is sprouted using only the grain’s own enzymes, kiln roasted, and slowly cooked until a thick, dark brown syrup is formed. The sugars in barley malt syrup are complex, thus they are slowly broken down in the body. It has trace amounts of vitamins, minerals and protein. Barley malt syrup, like rice syrup, will not create a sugar high like the simple sugars do as it releases slowly.

16. Brown rice syrup
Brown rice syrup is made from cooked brown rice, which is fermented by adding enzymes to turn the starches in the rice into sugars. Brown rice syrup is absorbed easily into our system, leaving less for fat accumulation in contrast with regular sugar. It is a complex sugar thus takes longer to digest and does not create the sugar high that the simple sugars do.

17. Molasses
Molasses is a by-product of sugar cane or beet sugar refining. High in B vitamins, vitamin E, iron, calcium, magnesium, potassium, chromium, manganese and zinc. The blackstrap variety is less refined and higher in nutrients. Buy unsulphured molasses, as sulphur can be toxic in high doses.

18. Honey
Honey is similar to table sugar. Pure raw honey (not heated above 100 degrees) contains small amounts of vitamins, minerals, enzymes, flavonoids, and antioxidants. Some research suggests that honey helps in the treatment of gastrointestinal disorders. Honey is as rapidly assimilated in the bloodstream as refined sugar, so is not highly recommended.

Stevia is a natural sugar alternative that helps to regulate blood sugar and lower blood pressure.  Stevia is a complex sugar extract from the plant Stevia Rebaudiana, grown originally in South America. It is an herb native to the Paraguayan Indians who used it before the colonization by the Spaniards in the 16th century. The Brazilian Journal of Medicine showed that Stevia Rebaudiana actually “increased glucose tolerance.” 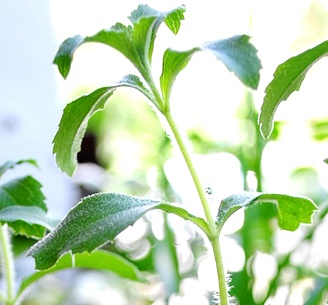 Because stevia is very sweet, you only need to use a small amount and the best thing is that it virtually has no calories. Just think about it……a plant sweetening your food with virtually no calories…….how good is that?!!

I never use the first four (white sugar, brown sugar, fructose, sugar alcohols) in my cooking.
I mostly use stevia and brown rice syrup, barley malt, honey and a little molasse.
I use a few of the others carefully. For most of us, a little of the healthier sugars is fine and can even be good for us.

In my kitchen sugars are used sparingly.
I bought a liter of maple syrup seven years ago and still have half a cup left and the only reason there is so little left is because I spilled a cup of it two years ago….in the fridge — what a mess!
I bought a package of sucanat three years ago and still have a quarter of a cup left. At Christmas,
I make my Fancy Fruit & Macadamia Nut Cookies (dairy- & wheat-free) and use four tablespoons of sucanat for a big recipe.
When making desserts, I mostly use stevia for things like rice pudding.

As stevia is almost always in my recipes, I use less of the other “sugars.” To get the right texture and flavor a little of one of the healthier sugars is helpful and they actually add some nutrition……and of course fun.

2 thoughts on “19 Different Sugars but Which Are Healthy”