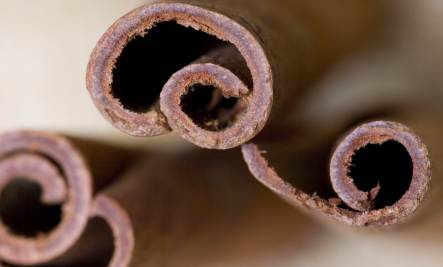 How we tend to use it

It’s a cinnamon time of year – cinnamon in mulled wine, mulled cider, pies, pastries, hot chocolate with cinnamon…   There are two things I find really interesting about this.

We do these two things automatically, without even thinking about it.

Cinnamon’s history is interesting too. It was used by the Egyptians as one of the ingredients for mummification. Moses was commanded to use both the sweet cinnamon. and cassia in the anointing oil. It’s in Proverbs, that the lover’s bed is to be perfumed with myrrh, aloes, and cinnamon. Even Solomon speaks of it. Cinnamon was a gift suitable for monarchs and Gods!

It was VERY expensive! Reportedly, it was significantly more expensive by weight than silver. Nero is said to have burned a year’s worth of cinnamon at his wife’s funeral.

Cinnamon is a native of Ceylon. This Cinnamon is also known as Sweet Cinnamon or Cinnamum zeylanicum (also known as C. verum). Other varieties of cinnamon exist too, but the other main one in commerce, particularly in North America, is Cassia, or Cinnamomum cassia, which is more bitter than it’s Ceylon relative. Cassia is what most people probably have in their kitchen right now if they have Cinnamon at all.

Used medicinally, Sweet Cinnamon can be safely used in higher doses than Cassia can because Cassia has a fairly high coumarin content. Because it is sweeter than Cassia it requires less sweetener with it when cooking with it. A good thing when you’re trying to cut sugar out of your diet. A handy tip is to use Liquorice root, which is an adaptogen, as a sweetener instead of sugar or honey. Both Cinnamon’s have similar usage as medicine.

Cinnamon has many uses medicinally. Cinnamon has been used for nausea, hyperacidity, to promote good digestion, IBS, diarrhea, flus and colds, body lice, improved sugar metabolism, colic, as an antimicrobial (esp. the essential oil), and to stimulate good circulation. Although it’s not recommended in therapeutic doses during pregnancy, it was one of the very few things I could actually keep down when I was pregnant with my first child.

We’re learning some pretty amazing things about cinnamon in modern studies too! Sure we’ve used it for diabetes, but now many studies back this use up too.

These are just two of many examples.

What else is it good for?

As you can see, cinnamon is a VERY versatile spice. Next time your feeling a little ill, consider the benefits of cinnamon before reaching for the medicine cabinet.

Here are three tasty ways to let this spice, this food, be your medicine:

Herbwalker: a person who uses plants in daily life for health, diet, beauty, and more.

Are you a Herbwalker too?

Recipes with cinnamon in them:

Note:  we use cinnamon a LOT in our Lifestyle Makeovers