If you’ve already decided you don’t like Brussels sprouts, it’s probably because at some point in your life someone served you somewhere their tasty, nutty, sweet flavor was boiled away. When you learn how to cook them properly, you may find them totally yummy!

They look like mini cabbages and are in fact in the same family.

There are many good reasons to eat this vegetable as it is full of health benefits. 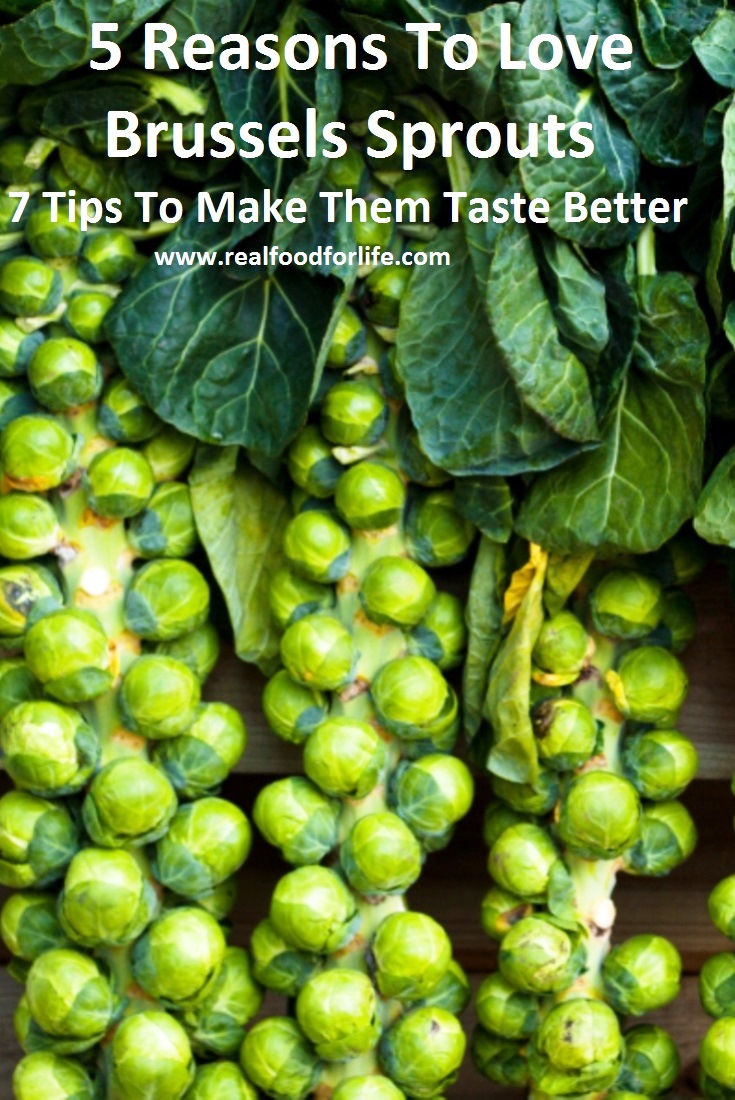 They are full of vitamin K, which is responsible for good bone health. One cup of the sprouts has over 270 percent of your daily vitamin K requirement. Studies have found vitamin K to be helpful in increasing bone density and reducing fractures in osteoporosis patients.

The research for how Brussels sprouts helps fight cancer is vast. Here are a few highlights.

When they are steamed, the fiber components bind with intestinal bile acids, helping them to pass out of the body. This creates a need in the body to replenish lost bile acids, using the existing supply of cholesterol, thus reducing it. Uncooked ones do have some ability to lower cholesterol, but it’s low compared to the process of steaming, according to the Western Regional Research Center.

4. Provides A Good Source of Protein When Combined with a Whole Grain

They contain a good quantity of protein. There are 4 grams of protein in one cup of the sprouts. You will get the most protein when you eat them with a whole grain as they need the balance of other amino acids.

One cup of this vegetable has only 56 calories. They are low in fat and have 4 grams of fiber. This fiber has many benefits for your digestive system and gives you that ‘full’ feeling. They are nutrient-dense so your body is also satisfied long term.

Please Note:
If you’re taking blood-thinners, it’s important to monitor the foods you eat containing vitamin K, including Brussels sprouts. Vitamin K aids in blood clotting.
Cruciferous vegetables which include Brussels sprouts, cabbage, broccoli, cauliflower, kale, bok choy, turnips, arugula and watercress have been found to cause hypothyroidism. In a study, it was found that eating 7 – 8 cooked Brussels sprouts for four weeks had no effect on thyroid function, but more research is needed. 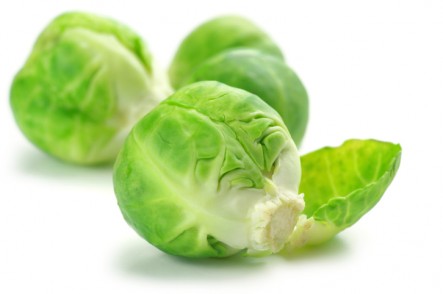 One serving of Brussels sprouts will meet your needs for vitamin C and vitamin K for the day. They are one of the top 20 most nutritious foods as scored by the Aggregate Nutrient Density Index.

They also contribute to your daily need for calcium, providing 37 milligrams in one cup.

“Brussels sprouts are misunderstood – probably because
most people don’t know how to cook them properly.” – Todd English

To get the tastiness and optimum nutrition from Brussels sprouts, here are some very helpful tips.

How to Select The Best

Store the sprouts in a bag in the refrigerator for 2-6 months at 32 degrees Fahrenheit. Do not store the sprouts with apples, pears, avocados or other ethylene producing foods as bitter flavors will develop. 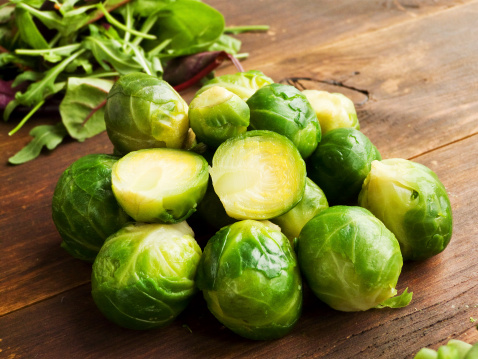 1. First, cut off the ends as that is where most of the bitterness is.
2. Next, cut them in half. This will help some of their bitterness to leach out during cooking.
3. For the tastiest sprouts, it’s important not to overcook them; this adds a bitter flavor and diminishes their nutrition.
4. Roasting them helps bring out their best flavor by taking away the sulfur odor and taste, making them yummy, as well as keeping their bright green color.
5. To get the benefits of the very high vitamin K content, it’s best to eat Brussels sprouts with a source of healthy fat. This is because vitamin K is a fat-soluble vitamin and gets absorbed in the intestines when included with other fats. Therefore, add an olive oil dressing or roast them in coconut oil or ghee.
6. They taste better after they have been exposed to a few touches of frost. The frost causes the sugars to become more concentrated in the Brussels sprouts.
7. Putting them in the freezer for an hour before cooking is said to help, as it will give them the frost benefit without freezing them outdoors.

Roasted Brussels Sprouts with Pecans and Cranberries – This roasted Brussels sprouts dish is exceptionally tasty, fit for a celebration meal. Roasting the Brussel sprouts till crisp takes away the sulfur odor and taste. Adding the cranberries and pecans takes it to a whole other level for a special meal.

Brussels Sprout Salad – This is a very easy salad to make and highly nutritious.