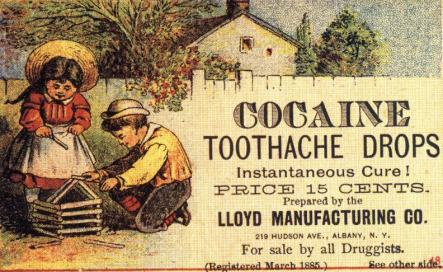 In the US, cocaine was sold over the counter until 1914 and was commonly found in products like toothache drops, dandruff remedies, and medicinal tonics.

Coca leaves, which can be transformed into the more concentrated cocaine, have been used for centuries in native cultures in South America for day to day remedies and religious ceremonies.

In America and Europe, the coca leaves were combined with wine “to invigorate the mind and decrease depression and sleepiness.” It was suggested that you should take a full glass with or after every meal. Children should only take half a glass.

Coca-Cola was invented in the late 1800s as a “coca wine,” but the alcohol and cocaine were later replaced with syrup and coca leaves, respectively.

It was considered “a valuable brain tonic, and a cure for all nervous affections — sick head-ache, neuralgia, hysteria, melancholy.” 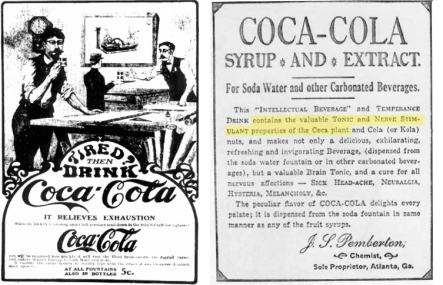 Green tea: the second most popular beverage on earth enlivens the body, mind, and spirit without overstimulating it. It also helps with weight loss, cancer and heart disease,

All fruits are smart carbs and thus contain natural sugars for energy, but are full of the micronutrients which actually make you smarter and balanced instead of just high on white sugar and chemicals.