(NaturalNews) Various researchers and experts have highlighted several issues and limitations with using mammograms as the main method of breast cancer diagnosis. A viable alternative is thermography. Thermograms are safe, nontoxic, highly accurate and inexpensive.

Thermography is carried out based on infrared heat emission by the body’s tissues. As bodily cells go about their usual metabolic processes, they give out heat. Cancerous tumors tend to emit more infrared heat than their healthy counterparts, i.e. they are hotter.

Using information on the varying heat emissions, thermography is able to produce images that provide insight into the functional status of a specific area of the human body, in this case the breasts.

Further, as compared to normal tissue, cancer growths are also regulated to a much lower extent by the autonomic nervous system. For example, when cool air is blown over the breasts, the autonomic nervous system lowers the amount of blood flow to normal breast tissue as a means of temperature regulation. The blood and blood vessels at the tumor site, however, are not under autonomic control and do not become cooler – thermography would thus show the abnormal tissues up as “hot spots”.

The process is simple

The woman to be screened stands bare-chested about 10 feet from the machine, and imaging lasts for only a few minutes. The results are available instantaneously on the monitor, and the information can usually be interpreted quickly with the relevant software.

The woman feels no pain, there is no physical compression of the breasts, and no rays or radiation enter the lady’s body.

Advantages and benefits of thermograms

Because neither ionizing radiation nor mechanical pressure are used, thermography does not increase cancer risk or promote cancer spread, making it a safer procedure. And because there is no pain, the process is more comfortable as well.

Unlike mammograms, which become less accurate with denser breast tissue, thermography’s accuracy is not affected by tissue density.

Significantly, in the case of breast cancer, thermograms can flag out cancer development five years before mammograms are able to do so. It does so by showing up the early stages of angiogenesis, the formation of new blood vessels which is a necessary precursor to tumor formation. Most breast tumors would have been slowly growing for up to two decades before conventional diagnostic methods can detect them. And at the earlier stages of development, cancer tumors are relatively easy to stop and reverse.

Its radiation tends to increase breast cancer risk, possibly quite significantly, especially if undertaken annually, as radiation could have cumulative carcinogenic effects. Also, the physical compression and manipulation of the breasts can cause existent tumors to spread. The rates of false-positives and false-negatives are high. And it may not even be effective at lowering overall breast cancer death rates.

“Mammography is not an acceptable way of screening breasts; the only reason it’s tolerated is that it is a major source of steady income for radiologists. They have come to covet mammography and want no competition from other approaches,” said Philip Hoekstra, PhD, a pioneer in thermogram use.

Dr. Russell Blaylock, an oncologist, brain surgeon and neuroscientist, endorsed thermography. “Thermogram is also good because we know tumors are hot and benign lesions tend to be cool.” He, too, criticized mammograms.

While thermography sounds rather new and unconventional, progressive physicians in Europe and the United States have actually already been using this technology since 1962. Once more women demand other screening protocols, the availability of techniques such as thermography should slowly increase.

Somers, Suzanne. Knockout: Interviews With Doctors Who Are Curing Cancer And How To Prevent Getting It In The First Place. NY, USA: Three Rivers Press, 2009. Print.

Read: How Accurate Are Mammograms? 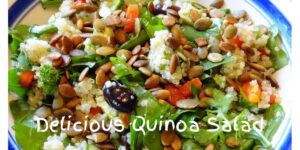 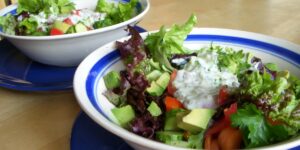 Vegan Yogurt Salad Dressing Is Creamy and Easy To Make

Curried Green Beans and Potatoes For a Healthy Meal

Health Benefits of Strawberries – The Queen of Fruits

Best Foods for a Summer Detox 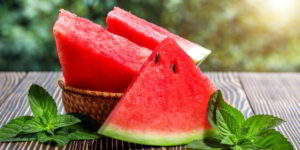 17 Top Foods For A Spring Detox

Curried Green Beans and Potatoes For a Healthy Meal 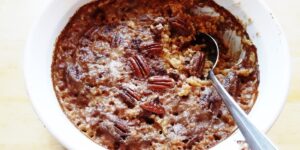 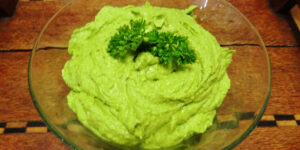 Green Hummus is Simple – Made with Love and Parsley