Everyone loves pumpkins, whether you are growing an 1800 pound whopper, or you are reaching for your second piece of pumpkin pie, or you are enjoying the antioxidant and anti-inflammatory benefits from this alkaline squash.

Strangely enough, the pumpkin more than any other vegetable is associated with the supernatural. 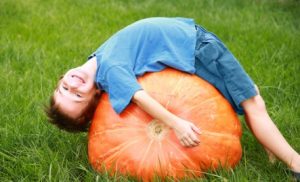 The biggest fruit/vegetable ever recorded in the world was by Jim and Kelsey Bryson, from Ormstown, Quebec.
You can see just how big here:  Giant Pumpkin.
Jim revealed that his secret fertilizer for this 1818.5 pounds monster was maple syrup!

Even the word pumpkin is derived from Greek phrase  ‘large melon’.

Up to ten thousand hobbyists around the word enter giant pumpkin contests each year, sometimes paying up to $1500 for a single giant pumpkin seeds.

All the giant pumpkins now can be traced back to seeds developed by another Canadian, Howard Dil, from Nova Scotia.

Pumpkins are Tasty …and American 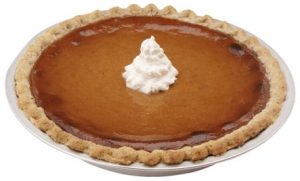 The first domesticated pumpkin ever was recorded over 5000 years ago in Central America.
Seeds  from related plants have been found in Mexico, dating back over 7000 years to 5500 B.C
Maybe that is why we have such a love for pumpkin pie.

Pumpkins make an idea filling because they are already so sweet.
You can also eat the leaves and seeds and even the flowers!

Pumpkins are Healthy for You

These are just the benefits of the fruit.  Even more powerful benefits come from pumpkin seeds.

For some reason pumpkins have been associated with the supernatural.
Maybe it’s because the average pumpkin is the size and shape of human head.

What is YOUR favorite way to eat pumpkin?

11 thoughts on “Pumpkin: The Biggest Powerfood ….Ever”