Meat production in our environment is causing climate change.

Is Your Diet Destroying The Environment?

5 Reasons Why the Food on Your Plate is More Important Than the Car You Drive: 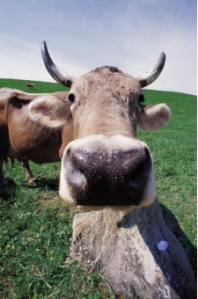 Many people who “go green” consider buying something major like a hybrid car.  A larger contribution to the environment is not in your driveway though, but in your fridge right now.

The climate change cost of animal meat production is greater than the cost of cars, planes and all other forms of transport put together.

This is not just vegetarians or health advocates saying this either. The World Health Organization, Scientific American, New Scientist and Readers Digest have all come out with clear information on this fact.

Effects of Meat Production on the Planet

1. Cow Farts:
Cattle farting (and burping) methane – as has been joked about in the media – is a factor in global warming.

2. Plant Displacement:
The biggest impact of meat production is that it displaces useful plants.  Trees, grasses and other year-round plants are what absorb CO2 and capture carbon on this planet but they are displaced for specific crops to house and feed cattle.

4. Water Usage:
Raising cattle for food is incredibly inefficient in terms of water. Meat production is different in different parts of the world but even the more efficient systems use 1,500 gallons of water to produce a single pound of beef.

5. Overgrazing:
Overgrazing by cattle and other meat production of animals is so hard on the land that it can’t maintain any productive vegetation.

By the Numbers: Did You Know…?

One Fifth:
The amount of all pastures and ranges turned to a desert by overgrazing for meat.

One:
The number of meat-eating dogs it takes to match the carbon footprint of one gas-guzzling SUV.

Three:
The number of hours of driving it takes to match the greenhouse gas emissions and other pollution of one kilogram of beef.

Twenty:
The number of vegetarians who could live on the same amount of land as one meat-eater.

Twelve Thousand:
The number of gallons of water needed to raise a single pound of beef (in the inefficient production methods often used in North America).

220 Billion:
The number of gallons of hormone-, antibiotic- and bacteria-laden animal waste dumped onto farmland and into waterways from meat factory farms.

There are certainly many ways to save the environment and consuming less meat is a great part.

People are slow to change their eating habits and the connection to the environment is not apparent to most.

I have found though, that when a person becomes interested in taking responsibility for their own health – they almost always become more environmentally conscious. They then start taking a number of “green” steps quite naturally.

That is what I try to help people with and one reason why we started RealFoodForLife.com. 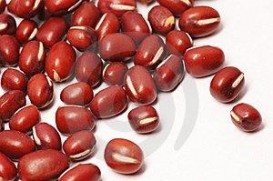 Recipes and Ideas to Help You Go Meatless:

Have YOU Helped Save the Environment In This Way or Others?