We often talk about junk food like it’s an addictive drug. New research from Michigan highlights that those highly-processed and fatty foods like pizza, chips and sugary chocolate are, in fact, addictive. The study also determined which healthy foods we have more control over. See these foods in the infographic below.

We know that there are more obese people these days than ever in history.

Since more and more people are educated about how important it is to eat healthy, it is surprising that obesity is still a widespread health threat. The Society for Neuroscience researched our brains and behavior to find out why the obesity crisis is connected to the brain. This research helps prove obesity is in the brain, not the stomach — an important finding that controls our relationship to food. So, it is not our stomach telling us it needs nutrition, it is an addiction coming from our brain.

“Addictive substances are rarely in their natural state, but have been altered or processed in a manner that increases their abuse potential. For example, grapes are processed into wine and poppies are refined into opium,” say the authors in the journal PLOS ONE.

Highly processed foods can affect us much like addictive drugs. When either is consumed in concentrated doses, it is absorbed quickly by the body. In processed foods, the chemistry of the food, both good and bad, goes rapidly into the blood stream and quickly hits the brain in large quantities. The brain becomes addicted to that immediate large hit. It is like having a high.

The University of Michigan Study:

120 people participated in the first PLOSE ONE Study One. To verify these findings another 384 participants were recruited at Amazon Mechanical Turk in a second study.

Participants completed the Yale Food Addiction Scale. They were shown pictures of foods (35 foods of different qualities). They were asked to name their personal ”problem foods.”

There were 18 highly processed foods such as cake, pizza, chips and chocolate. The 17 unprocessed foods were real foods such as cucumber, beans, carrots and nuts. A very high percentage of the participants, 92 percent, stated that they had a desire eliminate those “problem foods,” but were unable to do so. It not at all surprising that the top 10 “problem foods” were highly processed ones. How do Food Addictions Affect Our Health?

• Weight Gain
In a 2011 study, Frontiers in Psychiatry found: 14 percent of overweight people and 37.5 percent of obese people could be diagnosed with food addiction. “Food addiction is characterized by symptoms such as loss of control over consumption, continued use despite negative consequences, and an inability to cut down despite the desire to do so.”  (PLUS One study.)

• Immune System is Weakened
Sugar is in many of the foods people are addicted to, and it weakens the immune system. This may be one of the reasons there are so many flues and colds running around.

Being an ex-sugar addict, I totally know what it means to be addicted to unhealthy processed foods.

I was a “health nut,”  but continued to eat unhealthy processed foods like chocolate bars, cookies and cakes. That sugar was destroying my immune system. I was constantly sick with colds and flus, and eventually Fibromyalgia and Severe Chronic Fatigue Syndrome.  As I became more aware I noticed that I would feel tired for five days after eating a single health food store brownie made with brown sugar. I’m so happy to not be addicted to these foods any more. How to Deal With Poor Food Choices:
Some of our poor food choices are caused from simple bad eating habits.  Habits are meant to be broken! Read this infographic on the 8 Top Bad Eating Habits and how to break them.

Wrestling with addictions is tough.  I find that instead of forcing yourself (which is stressful) to not eat the foods you are attracted to, it is easier to load up on healthy foods.  This is what we find on our 2-5-30 courses.  People feel so good and their chemistry is so balanced when eating super healthy foods for 2 days, that their cravings naturally decrease for the rest of the week.

To get healthy recipes and tips sent to your mailbox once a week with more information about these foods, subscribe to my newsletter.

Do I Really Need 8 Glasses of Water a Day? 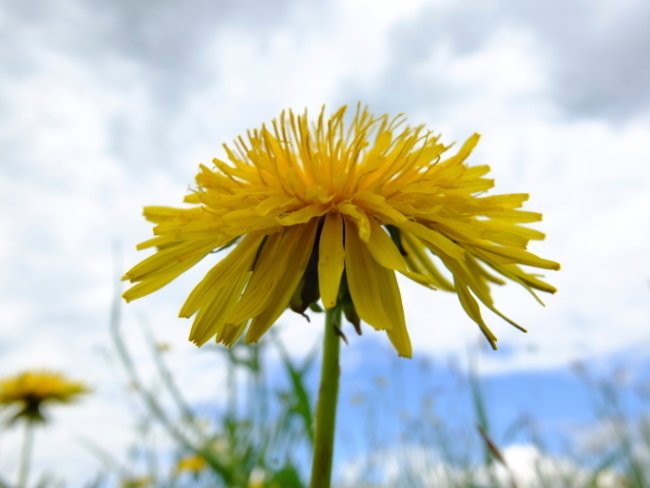 Dandelions Benefits: A Celebration of This Spring Flower