I love the Ocean but seeing it filled with plastic is sad.  I am at the beach every day, with very rare absences.  If I could, I would live at the beach, and listen to the lullaby of the waves morning and night.

One of the greatest threats to the health of the Ocean is plastic. Every week, there is more and more evidence about the toxicity of plastic – not just BPA, but many other compounds as well. Plastic is petroleum-based, and we are still learning about its harmful effects. We are turning our magnificent Ocean into a toxic sewer of plastic and other trash.

There are many negative effects of plastic in the Ocean, but the one I want to focus on, the one that we can do something about every day, is the way that plastic degrades in the Ocean (which is where much of our plastic ends up), referred to as photodegradation. Plastic does not just swirl around the five gyres in a big clump. It is broken down by the sun into smaller and smaller particles, small enough to be ingested by zooplankton, the very base of the ocean food chain. This means that all Ocean life is negatively affected by plastic. Which means that all of us are affected. 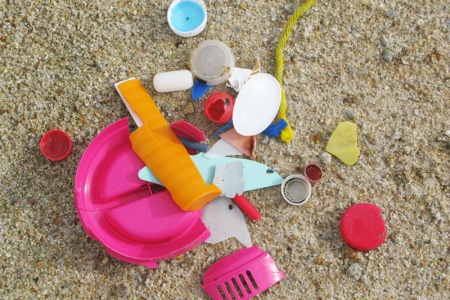 According to the National Geographic News, some of the toxins introduced into the Ocean ecosystem are Bisphenol-A (BPA), styrene trimer (a polystyrene by-product) and other derivatives of polystyrene.

If you care about life on the planet, you must become an activist, in whatever way you are able, and educate yourself and those around you about this horrific problem.

Over the past twenty years or so, many common household products that were once made of glass or metal, such as shampoo bottles, vitamin bottles, etc., are now made of toxic plastic. Walk into a Costco, and you will see the naked truth about how much plastic we consume. Plastic products packaged in plastic, on pallets that are completely wrapped in plastic. Caution tape is plastic. When I order a drink at my favorite restaurant, it comes with a plastic straw and a plastic spear through the lime slice. We are inundated with plastic. It is a modern – human-created – plague. 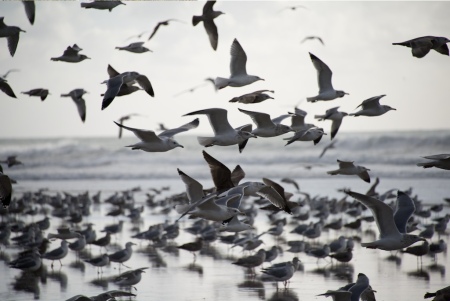 What can you do about plastic in the Ocean (even if you are a landlubber)?

These steps take a little effort, but do you really want to sacrifice the Ocean because you desire a little convenience? I certainly don’t. Begin to notice the objects around you that are made of plastic. Get creative. Think of alternatives.

Just because you don’t live near the ocean does not mean that you are not affected by its health or lack thereof. The Ocean is the source of life. At the very least, we owe it the respect it deserves. 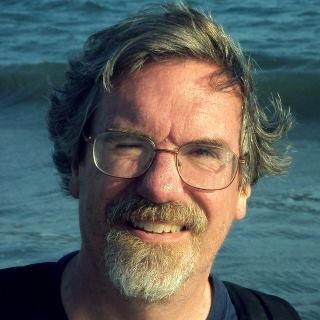 Paul Jimerson is an artist/photographer living in Capitola, California. He moved to the Golden State from Massachusetts four years ago to escape the biting winters. He spends most of his time photographing – and savoring – the California coast.
He is continuously photographing the Ocean, and posting many of those photos on Twitter at  @pauljimerson