Are Men Really That Helpless? 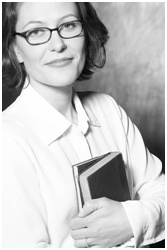 Women have known throughout the ages that men are lousy at taking care of themselves.  Now a study by the experts at Stockholm University has proven so.

Data from a 1990 Swedish Census showed that the factor that was best predictor of a long life for a man was the level his wife’s education and NOT the man’s education.

This study seems to prove that a wife’s  well intentioned nagging DOES have a positive benefit….IF the woman knows what she is talking about.

The revealing truth is a man will live longer with any woman at his side.

This has been found before in many past research but it was hard to figure out from these studies just which came first – the chicken or the egg. Researchers could always question – do married men live longer than their single counterparts because marriage helps them in some way or is there something about men who live longer that predisposes them to marry? (Perhaps being smarter!)  Now we know for sure it is the woman’s touch.

This is probably why, a US health expert suggest a nagging wife can help a man to live to a ripe old age.

Dr. Robert Butler, director of the National Institute on Aging, suggest that women ‘could nag then a little more on certain things.”  “To be moderate in smoking and drinking, for instance and keeping them physically more active”

The Implications:  (musings from a man)

The trouble with men is that they don’t seem to KNOW how bad they are at taking care of themselves. We think we are pretty good at…well, just about everything. 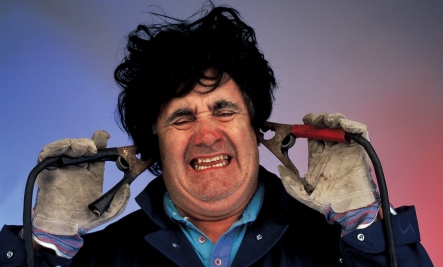 Personally I think the real problem is our male ego.  Perhaps we have always known on some level how hopeless we are at so many things but we don’t want to admit it.

Maybe the smart women in the study don’t know a lot more about health and nutrition than the less educated ones but they are smarter at getting the men to follow their advice,  or even better – at getting to men to think the advice was the husband’s  idea.

For some reason, I can write about how helpless (dumb) men are – and it doesn’t bother me. Perhaps by writing about it – I put a some distance between me and all those ‘other ‘ guys.

If you look at this closely, this is just male one-up-man-ship all over again.  And the distance is very small. I had to learn about nutrition and various health strategies because I got myself in trouble.

The fact is, late into my life I am constantly being reminded of how hopeless I am at the most simple of household events.  I thought it would be fun to list a few of my KNOWN gaps plus stories I have come across on the net. Please share you own comments and stories below.

5 Plus Ways Men are Helpless (Dumb)

1. After decades of trying I still haven’t learned how to wash clothes properly. My 20 years old daughter will not allow me to even touch her clothes.  This sounds reasonable with a 20 year old but this started over 10 years ago.

2. Most women are somewhat horrified by my level of cleanliness. I just don’t get what all the fuss is about. When we have business meetings in my home, one of the business associates, (Diana) comes over an hour early to organize and clean what I think is an immaculate home.

3. I have friends who think that the way to balance off a meal of pizza and fries or burgers and fries is with equal amounts of coke or beer.  The coke is considered the smart choice because the acid in coke somehow helps digestion.

4. As Shane Watson of the UK times writes,  “Men will only do exercise that results in a calf injury, and only in binges, so they are grey with exhaustion every day for a week, then laid up for the rest of the month” (rather than yoga.) There’s also the “struggle to prevent men walking to work in winter with sopping wet hair, wearing only a shirt; or reminding them not to shut the tea towel in the oven door, because that’s what causes all the black smoke and flames.”

5. Reasons Why Men are Like Computers: (jokes are usually funny because they are TRUE) 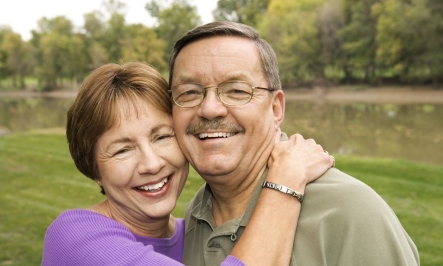 We hope that the health information in Real Food For Life.com  will be a help not only to those dumb men but also to the many women who are trying to take care of those dumb men.

Hint: Diana’s ebook Eating Green Clean and Lean was made with the beginner in mind. It’s very easy and simple.

The average woman will live longer than a man.  To any guy who is bothered by this – the solution is simple – get married.  If you are already married – start LISTENING your wife!

Got any more stories or ideas?  List them below and we will pick a few of our favorites to acknowledge. 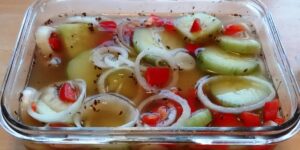 Quick Pickles Recipe That Is So Delicious, Easy to Make and Healthy 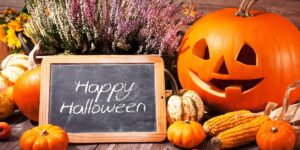