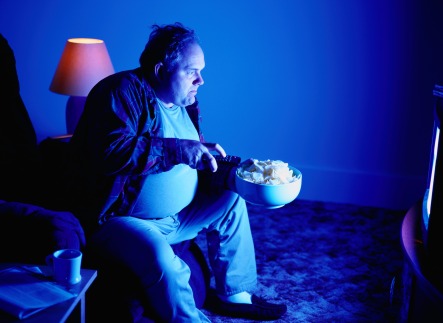 “‘This does not seem fair but then who said life was fair.” Diana

ROCHESTER, Minn. — People who are of normal weight but have fat concentrated in their bellies have a higher death risk than those who are obese, according to Mayo Clinic research presented today at the European Society of Cardiology Congress in Munich. Those studied who had a normal body mass index but central obesity — a high waist-to-hip ratio — had the highest cardiovascular death risk and the highest death risk from all causes, the analysis found.

“We knew from previous research that central obesity is bad, but what is new in this research is that the distribution of the fat is very important even in people with a normal weight,” says senior authorFrancisco Lopez-Jimenez, M.D., a cardiologist at Mayo Clinic in Rochester. “This group has the highest death rate, even higher than those who are considered obese based on body mass index. From a public health perspective, this is a significant finding.”

The study included 12,785 people 18 and older from the Third National Health and Nutrition Examination Survey, a representative sample of the U.S. population. The survey recorded body measurements such as height, weight, waist circumference and hip circumference, as well as socioeconomic status, comorbidities, and physiological and laboratory measurements. Baseline data were matched to the National Death Index to assess deaths at follow-up.

Those studied were divided by body mass index into three categories (normal: 18.5–24.9 kg/m2; overweight: 25.0–29.9 kg/m2; and obese: >30 kg/m2) and two categories of waist-to-hip ratio (normal: <0.85 in women and <0.90 in men; and high: e0.85 in women and e0.90 in men). Analyses were adjusted for age, sex, race, smoking, hypertension, diabetes, dyslipidemia and baseline body mass index. People with chronic obstructive pulmonary disease and cancer were excluded.

The risk of cardiovascular death was 2.75 times higher, and the risk of death from all causes was 2.08 times higher, in people of normal weight with central obesity, compared with those with a normal body mass index and waist-to-hip ratio.

“The high risk of death may be related to a higher visceral fat accumulation in this group, which is associated with insulin resistance and other risk factors, the limited amount of fat located on the hips and legs, which is fat with presumed protective effects, and to the relatively limited amount of muscle mass,” says Karine Sahakyan, M.D., Ph.D., a cardiovascular research fellow at Mayo Clinic in Rochester.

Many people know their body mass index these days; it’s also important for them to know that a normal one doesn’t mean their heart disease risk is low, adds Dr. Lopez-Jimenez. Where their fat is distributed on their body can mean a lot, and that can be determined easily by getting a waist-to-hip measurement, even if their body weight is within normal limits, he says.

This research is funded in part by National Institutes of Health(NIH).###

About Mayo Clinic:Mayo Clinic is a nonprofit worldwide leader in medical care, research and education for people from all walks of life. For more information, visit MayoClinic.com or MayoClinic.org/news.

Guacamole Is Delicious – Enjoy with This Easy Recipe 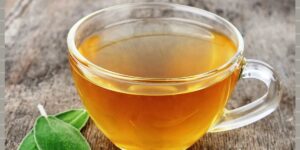 Sage Tea Helps Your Memory and Is Easy To Make

Pear Hazelnut Crumble is So Delicious