(NaturalNews) Now that first-generation genetically modified (GM) crops have proven to be a complete failure, chemical companies are busy seeking regulatory approval for new varieties with resistance to multiple herbicides instead of just one. But according to WIRED, these second-generation GMOs will not only increase overall herbicide usage but also further promote the spread of chemical-resistant “superweeds” and “superbugs.”

As you may already be aware, the existing GMO model has created major problems for commercial farmers, many of whom are no longer able to control their crops and produce the same high yields they once did. This is due to ever-mutating pests and weeds that constantly seem to outsmart the binary chemical inputs originally developed by companies like Monsanto to keep them at bay.

The existing chemical arsenal, in other words, is no longer effective at controlling pests and killing weeds, and farmers are panicking. The biotech agriculture model has locked them into contracts with chemical companies that can no longer deliver on their promises. And rather than admit defeat, these same companies are adding to the problem by simply stacking on more resistance traits to address the problem, at least for now.

Proposals have been submitted to the U.S. Environmental Protection Agency (EPA) and the Department of Agriculture (USDA) seeking approval for new GM crops bearing resistance to 2,4-D, for instance, one of the primary active ingredients used in the U.S. government’s Agent Orange defoliant, manufactured primarily by Monsanto and Dow Chemical, during the Vietnam War. The industry is also seeking approval for other GMO varieties bearing resistance to three and four — and in one case, nine — different chemicals.

“Stacking up tolerance traits may delay the appearance of resistant weeds, but probably not for long,” concluded a recent editorial published in the journal Nature, highlighting the never-ending cycle of resistance brought about by this agriculture model.

EPA claims Agent Orange compound can be applied to all corn and soy crops with no risk to humans
The EPA is accepting public comments on the proposals through June 30. But reports indicate that both the EPA and the USDA already appear to favor the new crops, ignoring their obvious threat to both crops and human sustenance. 2,4-D, in fact, doesn’t even seem to be on the agencies’ radars, considering the EPA’s recent admission that it doesn’t see the poison as being at all harmful.

“We’re at a crossroads here,” stated Bill Freese, a science policy analyst at the advocacy group Center for Food Safety, to WIRED. His group and 143 others recently signed onto a joint letter to the USDA urging further scrutiny of the proposals, which will only make the resistance problem worse.

“With these [proposals], we’re dramatically increasing farmer dependence on herbicides,” he added, supporting the letter’s belief that the entire thing is nothing more than a “chemical arms race with weeds.”

One of the most significant factors in the spread of superweeds throughout the past decade is glyphosate, the active ingredient in Monsanto’s Roundup herbicide. Glyphosate has helped spur the emergence of superweeds on more than 75 million acres of conventional crop fields in the U.S., or a land area measuring roughly the size of the entire state of Arizona.

In order to overcome glyphosate’s failures, chemical companies are hoping to eventually douse all this compromised acreage with various other chemicals as well, including 2,4-D. If approved, these chemicals will add to the overall chemical burden by potentially hundreds of millions of pounds. 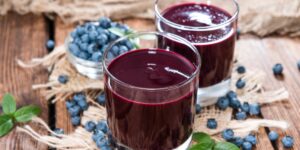 Wild Blueberry Juice Is Good For You and Easy To Make 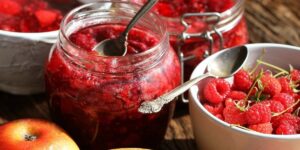 Apple Raspberry Jam is Simple to Make and Exceptionally Yummy 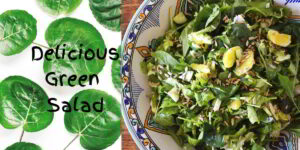 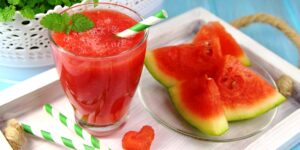 Watermelon Juice Is Delicious On a Hot Summer Day