One quick solution to lower our effect on the environment. 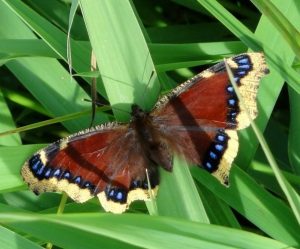 Do you know the United Nations calculated the combined climate change emissions of animals bred for their meat and found it  was more than cars, planes and all other forms of transport put together?
In a recent article published in July 2010 by the Guardian.co.uk, leading journalist John Vidal reported how vegetarianism may help save the world by eating less meat.

Behind the majority of the joints of beef or chicken on our plates is a phenomenally wasteful, land and electricity hungry system of farming that devastates forests, pollutes oceans, rivers, seas and atmosphere.

We mostly breed four species (chickens, cows, lambs and pigs) which need vast amounts of water and food, emit methane as well as other greenhouse gases and produce mountains of physical waste.

During the past year, the United nations calculated the combined climate change emissions of animals bred for their meat were about 18% of the global total – more than cars, planes and all other kinds of transport put together.

A Bangladeshi family living off rice, beans, vegetables and fruit may live on an acre of land or less, while the average American, who consumes around 270 pounds of meat per year, needs 20 times that.

Academics have calculated that if the grain fed to animals in western countries were consumed directly by people rather than animals, we could feed at least 2 times as many people – and perhaps far more – as we do now.

Eating a steak or a chicken points to an extreme water consumption, that the animal has required to live and grow. Vegetarian author John Robbins calculates one pound of beef needs around 20,000 lbs of water.

Farming, which uses 70% of water available to humans, is already in direct competition for water with cities.

Industrial scale agriculture now dominates the western livestock and poultry industries, and a single farm can now generate as much waste as a city.

Farming animals generate manure and urine which is funnelled into massive waste lagoons sometimes holding as many as 40 m gallons. These cesspools often break, leak or overflow, polluting underground water supplies and rivers with nitrogen, phosphorus and nitrates.

A meat diet is normally considered twice as expensive as a vegetarian one. According to the Vegetarian Society, meat eaters get increased probabilities of obesity, cancer, heart diseases and other illnesses as well as a hole in the pocket.

So what now? How can we start contribute save our world?

Here a quick and simple recipe to find a good meat substitute:

This healthy tofu based veggie burger receive an extra nutritional boost from wheat germ. This recipe is both vegetarian and vegan.

Preparation:
Mix all ingredients in a large bowl. Form into patties.
Fry patties in oil in a large skillet until brown and crisp, about 10 minutes.

Now it’s all to you…

About the Author – Martha Volz writes for the  http://www.vegetariansupplements.org  her personal passion blog related to vegetarian healthy eating ideas.

P.S.  from Randy –  Martha contacted Real Food For Life after reading our Nice Cow, Baaad Cow article . You can see it contains many of the same ideas.  I’d like to hope that great minds think alike!