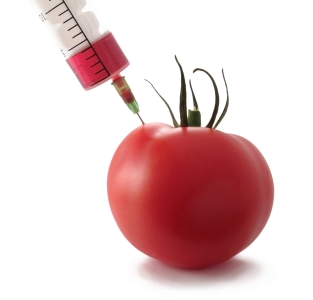 On Tuesday November 19th , the Hawaii County Council of the Big Island passed a bill, 6-3, that forbids biotech companies from operating on the Big Island and prohibits all new genetically modified organisms, or GMOs.

At Real Food For Life, we wish this was the entire state of Hawaii was doing something even more radical, like forcing labeling of consumer GMO’s or somehow restricting their sale but this is a great step in the right direction.

Read 5  Scary Food Secrets Manufactures Don’t Want You To Know  and this Gorcery Store Blacklist article which lists over 100 foods companies owned by the corporations who gave money to stop GMO labeling.  The article also lists some smaller independent and  ‘still healthy’ companies.

GMO’s and biotech are very big in Hawaii with big companies like Monsanto, Dow, and BASF have growing centers on the smaller islands. They have never had centers on the Big Island, and now if everything works out – they never will.

City council is in effect fighting against very powerful lobbies.  The bill could still be vetoed by the major so city council  would have to have another vote.
The bill also has limitation. The papaya industry, which has more than 200 farms on the Big Island, is exempt from the bill.

You can read more about the background to this bill read  this Natural News Article below:

Two major victories against genetically modified organisms (GMOs) are about to be achieved in Hawaii, where citizens and city council members have stepped up their game in opposition to open-air cultivations of GMO crops.

According to The New York Times (NYT), the legislative committees of the “Big Island,” known as Hawaii, and Kauai recently approved their own respective ordinances, one of which could soon bar predatory seed companies like Pioneer DuPont and Monsanto from planting corn, soybeans and other GMOs anywhere on the island.

Since GMOs were first introduced back in the 1990s, the transgenic seed industry has maintained a formidable presence on the Hawaiian islands, where warm and balmy weather facilitates year-round plantings of GMO crops like Bt corn that only grow during one season in the Midwest. Because they are able to grow and harvest more crops in Hawaii during a given season than pretty much anywhere else in the U.S., seed companies have long utilized Hawaiian soils as breeding grounds for the latest GMO technologies.

But this agricultural takeover of sorts by the biotechnology industry, which has all but completely supplanted the sugar cane and pineapple industries that used to dominate the Hawaiian landscape, has generated considerable controversy among native Hawaiians and many others who see the widespread damage being caused by GMOs. Pesticide pollution, soil destruction, crop contamination and ecological devastation are among the many harrowing consequences of loose policies regarding GMO plantings in Hawaii.

“It’s a paradise over here that is being ruined by this,” says Michiyo Altomare, a local resident of Waimea, a small town in Kauai that is surrounded by GMO crop fields.

Altomare and her husband purchased their dream home about 30 years ago near a pristine river in the town, which is located across the river from a beautiful bluff where gentle breezes flow down and through the area. But in recent years, the bluff, which used to sustain fields of natural sugar cane, is now blanketed with GMO corn, the chemicals of which now waft through the Altomares’ property.

Similar situations are present in other areas too, including around Waimea Canyon Middle School. A GMO crop field operated by Switzerland-based Syngenta, which is located right next to the school, resulted in its closure on several occasions. Several students became ill because of pesticide fumes, according to reports, and others living in the area reported similar symptoms.

Residents take matters into their own hands following inaction by state

Since the state has done basically nothing to address the problem, residents of Kauai are pushing the Kauai City Council to pass Bill 2491, which would increase oversight of biotech chemical use on the island. Likewise, residents of Hawaii have been successful in getting Bill 113 passed out of committee, where it will soon be heard by the full City Council on October 16 for a final vote. Bill 113 has the potential to rid the island of Hawaii of all GMOs, with the exception of GMO papaya, which has reportedly been exempted.

“We need to do something,” says Kauai County Councilman Gary Hoosier, who co-sponsored Kauai’s Bill 2491 with Councilman Tim Bynum. “We can’t count on the state. In our particular situation, I believe there is urgency. The doctors we talked to in those committee hearings believe there is an urgency and we can’t sit around and wait for the state to get its act together.”

A certified Nutritional Consultant, Randy has been teaching health and personal development principles for over 30 years and has personally helped individuals with over 10,000 Body Health Assessments. 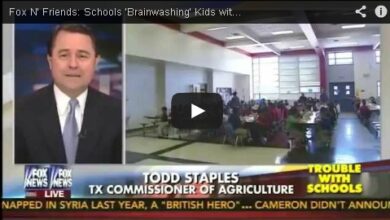 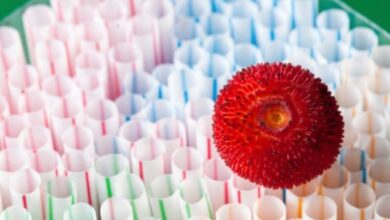 Plastics – Havoc with Your Hormones 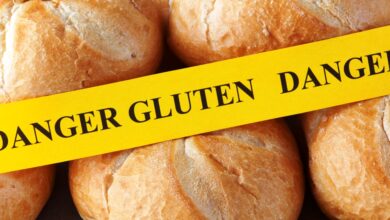 Gluten-free Products And Recipes Can Be Unhealthy!