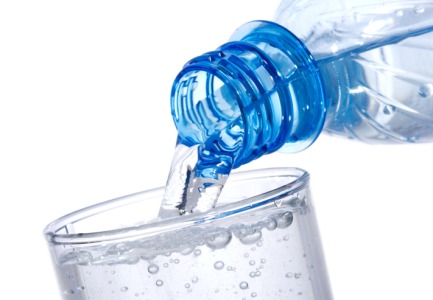 The real threat from bisphenol-A (BPA), the nefarious plastics chemical linked to endocrine disruption, may have more to do with the substances produced when the chemical is metabolized by the body rather than with the actual chemical itself. A new study published in the journal PLoS One explains how a BPA metabolite known as MPB actually tends to bind much more easily to the body’s estrogen receptors than BPA does, which may help explain why some studies have overlooked BPA’s tendency to wreak metabolic havoc throughout the body.

For their study, researchers from the University of California, San Diego (UCSD) School of Medicine created three-dimensional models of estradiol, a natural estrogen in the body, as well as both BPA and MPB. They then compared each of the three structures and determined that MPB is actually more closely related to estradiol than is BPA, which makes it far more likely than BPA to displace natural estrogen.

According to their findings, the BPA molecule is actually too short to effectively latch onto estradiol receptors, at least in most cases. It also only has one end of its structure that is capable of clinging to these receptors, while MPB has two. Compared to BPA, MPB has a 100-fold to 1,000-fold stronger bond when it comes to binding to estrogen receptors, a fact that has remained largely unknown up until this point.

“In other words, MPB is basically grabbing onto the estrogen receptor with two hands compared to just one hand for BPA,” said Dr. Michael E. Baker, a professor of medicine at UCSD and one of the authors of the study. “Two contact points make a much stronger connection.”

What this shows is not that BPA is in any way safe — MPB is produced inside the body as a result of BPA exposure, after all — but rather that BPA is less safe than previously believed. Existing research involving BPA has sometimes failed to demonstrate its true toxicity, in other words, because very little of it properly examined the effects of BPA’s metabolites, which are what BPA essentially becomes upon human exposure.

“In binding to the estrogen receptor, BPA (and its metabolites) can disrupt the body’s endocrine or hormone system, with consequences especially worrisome for fetuses, infants and young children,” says a Science Daily report in reference to the study. “The chemical’s molecular structure is similar to that of estradiol, one of the human body’s three main estrogens, suggesting that BPA binds to estrogen receptors.”

Do You Use Plastic or Do You Avoid It?
At Real Food For Life – we try to use glass whenever possible.
Learn How to Plan and Cook Healthy Online – at one of the Seasonal 2-5-30 Healthy Diets